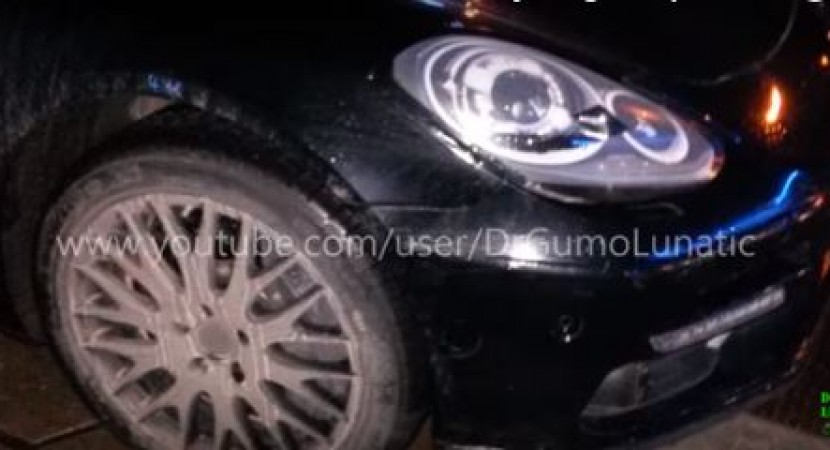 Porsche is on a big pay-role with its model lineup, the carmaker releasing a new generation of higher-performance and more fuel-efficient models, like the all-new Porsche 911 Turbo and Turbo S, the 718 Boxster and 718 Boxster, and lately, the 2017 Panamera.

The carmaker has also announced the introduction of a 911 plug-in hybrid version, followed as expected, by a Panamera S E Hybrid variant as well. The latter has been recently caught on two spy videos by YouTuber “DrGumoLunatic”, in Stuttgart.

Both spy videos reveal what it seems to be the 2017 Porsche Panamera S E Hybrid, the version wearing a slight camouflage on the lighting clusters.

As we can depict from the spy footages, the Panamera S E Hybrid will come with an evolutionary design, with a sleeker rear end, which will make it more appealing than the previous` bulky design. The cabin is also likely to come with a lot of capacity-touch buttons and the all-new digital instrument cluster.

The key element is found under the hood, where the 2017 Porsche Panamera S E Hybrid will pack the new 3.0-liter V6 unit, which replaces the former 3.0-liter supercharged V6 engine. The engine will be hooked to an electric motor and a fresh battery pack.

Unfortunately, there are no performance figures confirmed at this date, but we should be able to find out more at the 2016 Geneva Motor Show, where the model is expected to be officially unveiled, meanwhile, enjoy the two spy videos and don’t forget to share your opinions in the comment section!