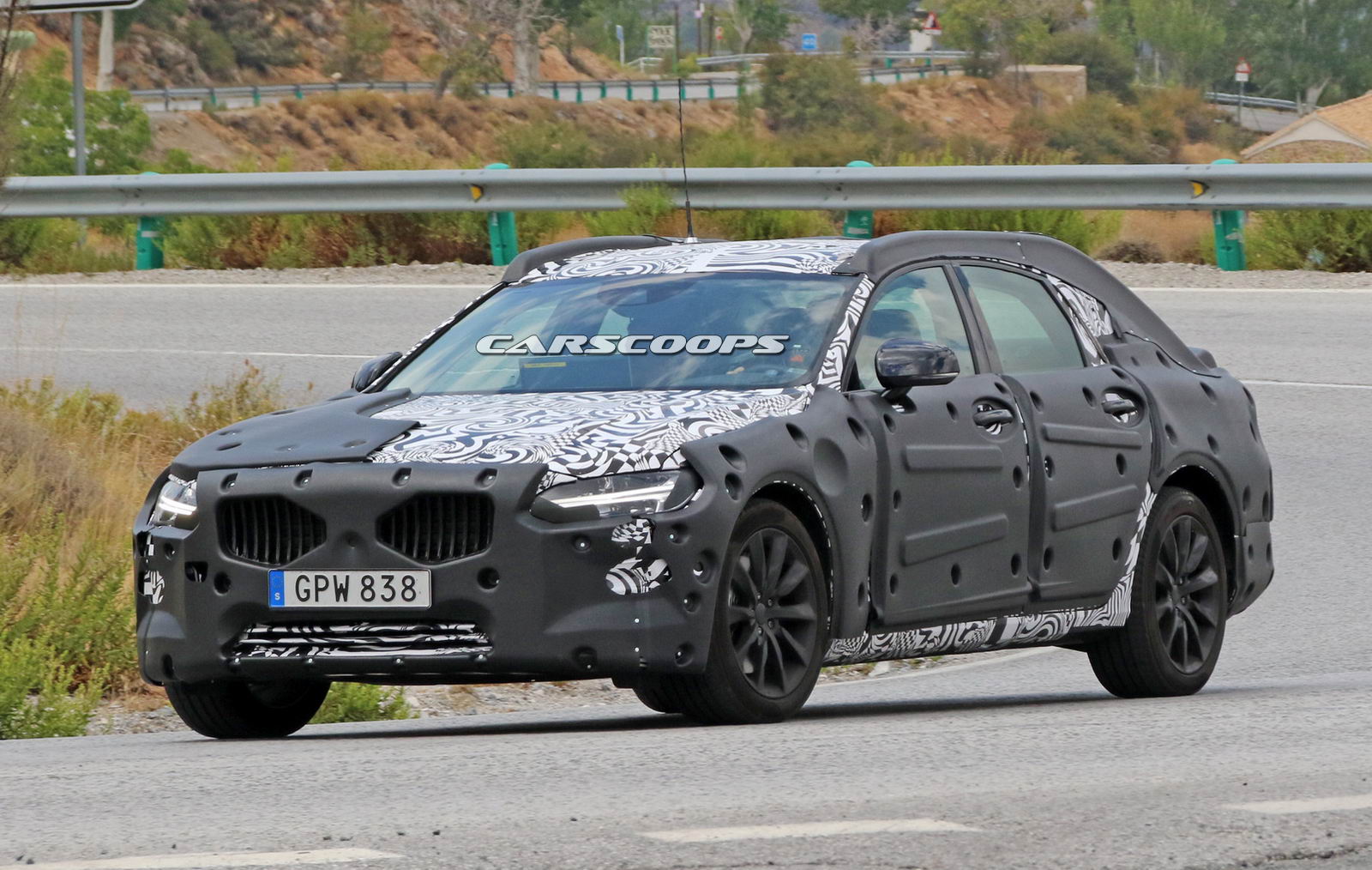 CarScoops auto online magazine has provided us with a bunch of new spy shots with the upcoming 2017 Volvo S90, while undergoing some final tests in Spain. The model will replace the present Volvo S80.

The 2017 Volvo S90 will be the newest model in the carmaker`s line up and will borrow some design elements from the Concept Estate, which has been already dropped from the production line to make room for a fresh model.

The new S90 will also share the SPA (Scalable Product Architecture) platform, also found on the new XC90, and as the spy shots reveal it might also come with roof rails and other new styling cues.

Volvo is on a high pay-role this period, as it has also prepared some special goodies to cope with their natural predators, like the V40 going up against the Volkswagen Golf, or the S60 and V60 running against the BMW 3-Series, or the Mercedes-Benz C-Class.

Videos: This Is the Engine Sound of the New 2016 Porsche 911 Carrera