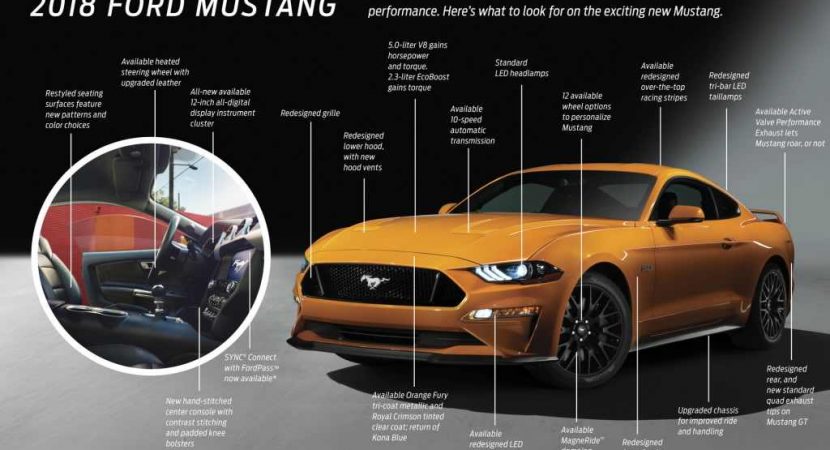 The long-expected 2018 Ford Mustang Coupe and Convertible made their official debut a couple of weeks ago, the model being already highlighted in impressive media galleries, positive reviews from journalists worldwide, and recently in a fresh video which highlights the car`s exquisite video.

The 2018 Ford Mustang comes with astonishing design, complemented with the new LED headlamps and LED taillights, adding as well a much lower front air intake glares and outer air intakes with the newly added fog lights.

Besides the LED taillights, the Mustang`s rear end is also highlighted by the updated bumper and rear fascia, all contributing to the car`s more aggressive look and increase stance. According to Ford, the all-new Mustang is also available with a choice of three exterior colours and 12 wheel designs.

As for the interior, the North American carmaker also promised to come back with a new video revealing the cabin`s secrets. Speaking about the interior, this is highlighted by the new digital gauge cluster, rather the same one also used on the new GT supercar, adding as well the latest gadgets and high-end materials.

In the engine department, the 2018 Ford Mustang is more powerful than ever, the muscle car dropping the 3.7-liter V6 engine in favor of a brand-new 2.3-liter turbocharged flat-four engine, shortly followed by a much higher 5.0-liter V8 pot. Both engines are hooked to the company`s new and high-performance ten-speed automatic transmission.

Stay tuned for more details on the all-new 2018 Ford Mustang, meanwhile enjoy the video with the gorgeous exterior of the muscle car!