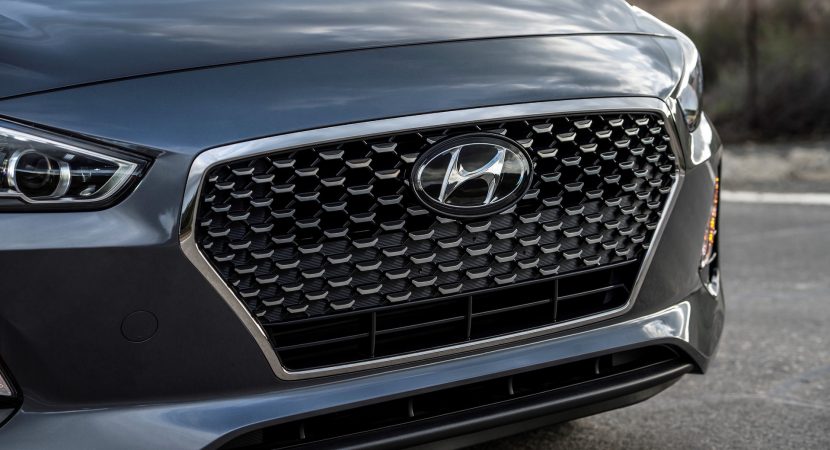 With lots of important auto events just ahead of us, carmakers worldwide have already starting campaigning their latest rides, some for the upcoming 2017 Geneva Motor Show, starting next month, others for the Chicago Auto Show, set to start even earlier, in a week from now.

It is also the case of South Korean manufacturer Kia, which has released a new teaser image with the upcoming 2018 Elantra GT, also to debut in Chicago.

There aren`t many details with the upcoming 2018 Elantra GT, except from what we learned from previous reviews.

From a visual standpoint, the new GT model is set to come with more aggressive aerodynamics, highlighted by the GT grille, aggressive front and rear bumpers, and new wheels. Mechanically, since we are talking here about a GT, the model will also come with the same suspension system as the Elantra Sport, along with new and high-performance tires, updated springs and so on.

Inside, the cabin also feels refreshed with the new steering wheel and shifter, engine start button and a suite on new trims.

As for the car`s powertrain, this consists of a 1.6-liter four-cylinder engine, with around 200 horsepower and 195 lb-ft of torque, hooked to a six-speed manual transmission, at least this is what the latest report mention. The entry levels will receive the 2.0-liter inline-four engines, with 147 horsepower.

Once arriving on the market, the al-new 2017 Hyundai Elantra GT will take on the new Ford Focus, Kia Forte5, Mazda3, Subaru Impreza, Chevy Cruze, or Toyota Corrola iM and Volkswagen Golf. Full details will be announced in Chicago, starting the 9th of February.