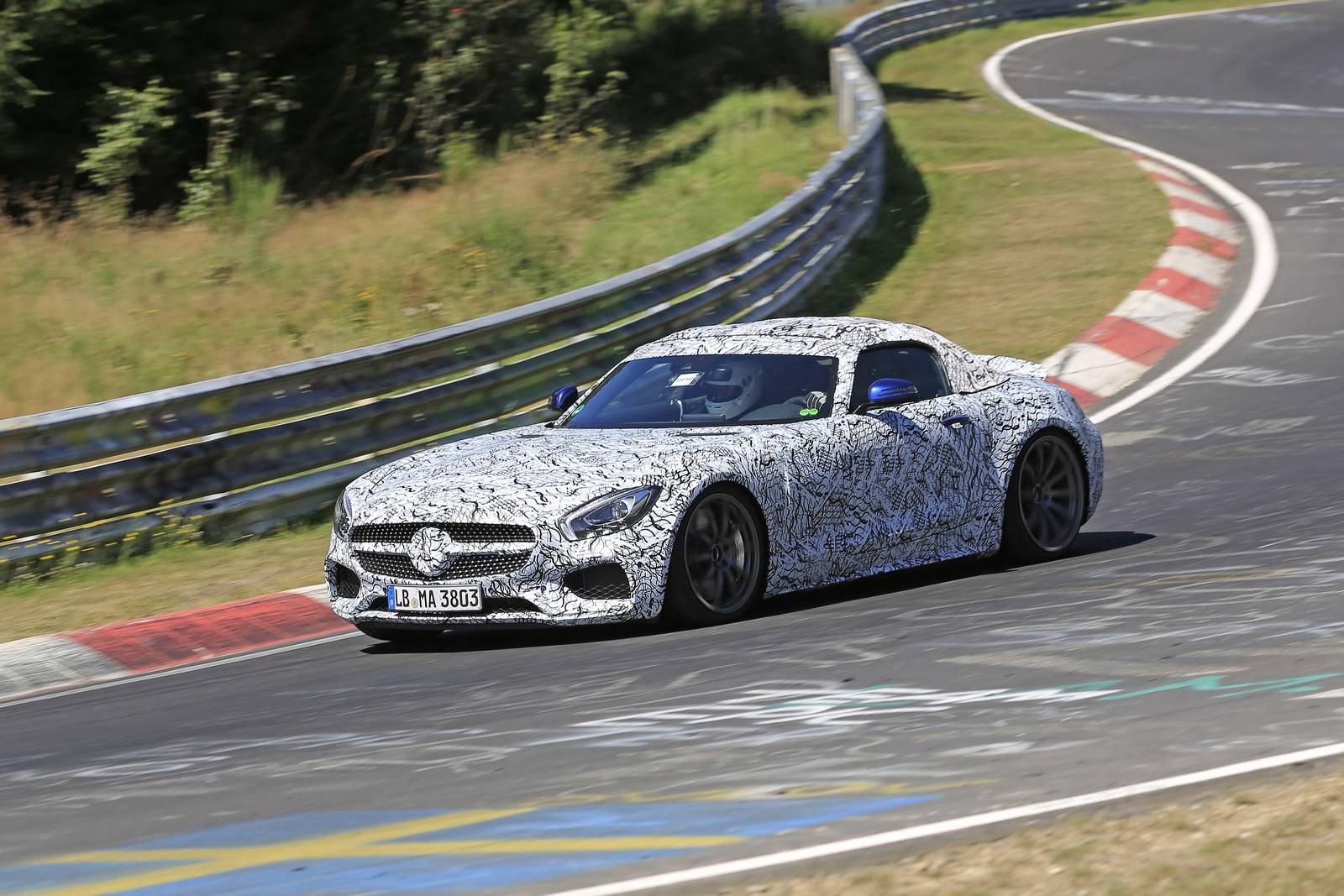 Just like any other major carmaker today, especially the top competitors like BMW or Audi, Mercedes-Benz is also testing out its latest model fleet, like the all-new AMG GT R and the recently spied AMG GT C, set to be unveiled somewhere at the beginning of 2017.

We are dealing here with the convertible version of the coupe model, the test mule seen here wearing camouflage around the body. But even so, we might depict the changes that it will come with soon enough.

Actually, there is no significant difference between the soft top and its coupe sibling, except for the folding hardtop that has now received a flat bootlid section.

Besides that, there aren’t any other major styling changes. Well, we should also mention the presence of center mounted third brake light, which is rather the same one found on the SLS recent models.

As far as the engine goes, the Mercedes-AMG GT C will borrow the same engine lineup also found on the coupe version. We should mention one of the most important, such as the 4.0-liter twin-turbocharged V8 engine, with two power configurations, 462 horsepower and 510 horsepower, respectively. The engine will be hooked to a seven-speed AMG Speedshift dual-clutch transmission.

For the moment, the full details list is rather scarce, but we should be able to find out more at the 2017 Detroit Auto Show next January or ever more likely, at the 2017 Geneva Motor Show. The all-new model will arrive in dealerships in second quarter of 2018.