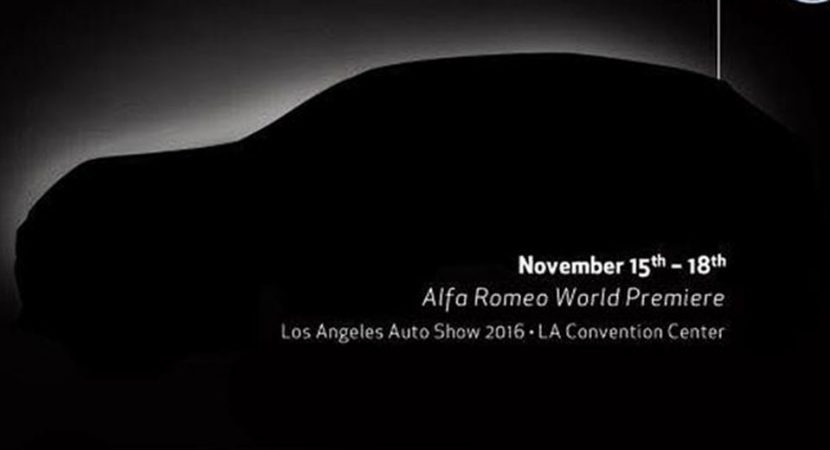 We have seen the upcoming Alfa Romeo Stelvio SUV in numerous renderings, spy photos and recent reports, the model heading to an official unveiling at the 2016 Paris Motor Show in a couple of months.

After seeing the Stelvio in recent reports, the SUV is back into the spotlights with the first official teaser image which prepares it for the show.

Not much can be depicted from the teaser image, as it reveals nothing than a simple silhouette…it could be actually any other model except for the real one. Well, I am just kidding, the teaser also announcing the upcoming model in Paris, between November 15th – 17th.

As we know from previews renderings which are based on the spy photos, the Alfa Romeo Stelvio SUV is set to come with the company`s new body styling philosophy, with influences from other high-end models, like the all-new Giulia and its entire fleet.

We should expect it with a raked windscreen, bulging front quarter panels, headlights as well as a sleeker tailgate, denoting a sporty personality.

Other features that could depict a similarity with the Giulia sedan refer to the triangular front grille, custom headlights and taillights, already teased tailgate spoiler and a other standout features. All-in, we have got an extremely appealing SUV.

In the engine department, the Alfa Romeo Stelvio SUV is also expected to come with the 2.9-liter twin-turbocharged V6 engine, with whopping 503 horsepower and 443 lb-ft of torque. Stay tuned for more info on the model!