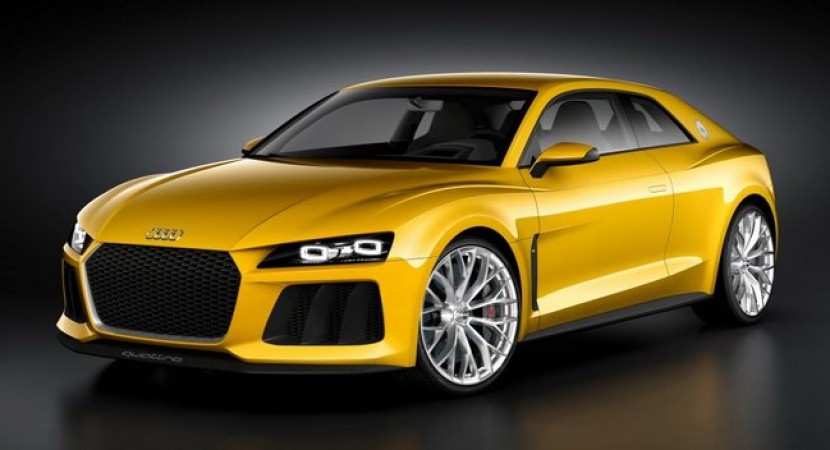 Recent reports and rumors have placed the German based Audi carmaker into the spotlights again, the carmaker presuming planning an R6 mid-engine sports car based on the Porsche`s Cayman, which would place it between the present TT and the high-end Audi R8.

The rumor mill with such a possibility is not new, Audi planning the project for a couple of years and even if there are no official statements on that matter, some auto magazines have already gotten their hands on the gossips.

Thus, according to a recent report published by AutoBild, the all-new mid-engine sports car would be built with bits from the Boxter and the Cayman`s chassis, the model being branded as the future R6.

From a visual standpoint, the new Audi R6 would also come with design cues from other concepts, like the Sport Quattro, first unveiled at the 2013 Frankfurt Motor Show. The concept came with a massive 4.0-liter twin-turbo V8 engine. Even so, the so called R6 is rumored to pack a six-cylinder engine instead.

The rumor mill doesn’t stop here, as the German carmaker is also preparing to replace the entry-level V8 engine with a much more powerful R8 V6 engine. This means that the V8 edition would disappear from the market to make place for a new model with similar price.

Once it will emerge on the market, the all-new Audi R6 is set to come in two body styles, like a coupe and a convertible. Stay tuned for more details on the upcoming R6 model!