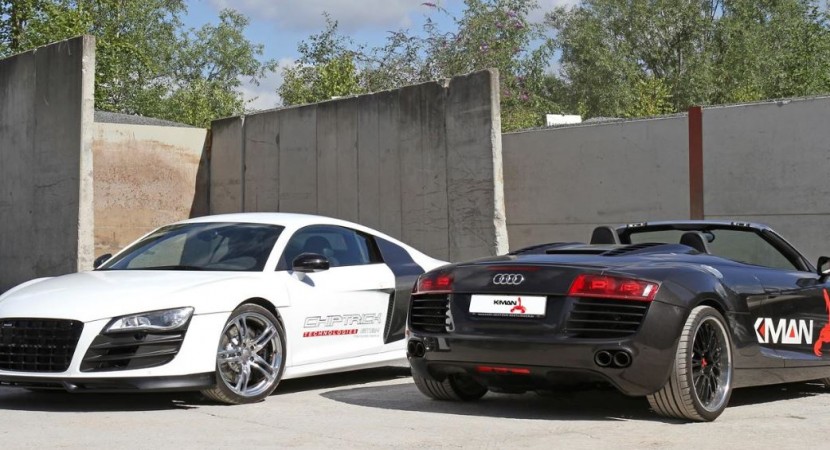 The K.MAN tuning company has recently managed to upgrade the Audi R8 V10 with their special tuning program, especially under the hood, where the sports car received more power.

The aftermarket specialists from the K.MAN tuning company first added some carbon fiber and fiber glass at the body, along with the cross-x pipe exhaust system with valve control.

In terms of performance, the K.MAN tuning has upgraded the Audi R8 V10 unit with the Garrett twin turbo system, which provides power in three stages, meaning 590 horsepower, 640 horsepower and respectively 750 horsepower.

With these power stages under the hood and with some 40 kg weight loss, the Audi R8 V10 is now able of sprinting from 0 to 200 km/h in just 11.9 seconds, with the top third stage to be reached in just 10.6 seconds.

As far as the prices go, there are no details launched by the K.MAN tuning company, but expect fresh news soon.