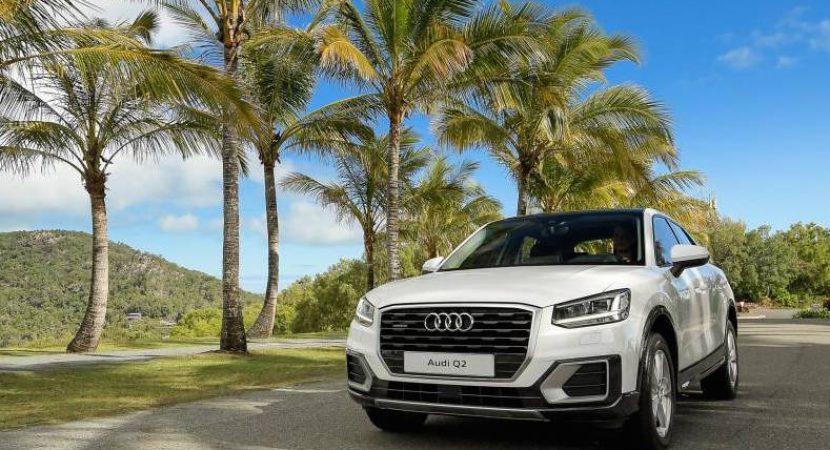 With the increasing demands for Audi SUV models, the German based carmaker decided to officially introduce the recently unveiled 2017 Audi Q2 SUV, with sales to start next February. The prices will be revealed prior to their arrival in Audi dealerships.

The model was officially presented at Hamilton Island, which was a perfect opportunity to be admired by Audi Australian fans and not only.

Design wise, the 2017 Audi Q2 has a lot to offer in terms of styling cues, the SUV looking extremely appealing with the fine lines and aggressive attitude.

As we are acquainted with the plethora of technology that the company is offering on its latest models, the Q2 is no exception and comes as well with modern gadgets, like the Audi virtual cockpit, head-up display, up-to-date MMI infotainment with Google Earth and Google functions.

Built “specifically for young customers” as Professor Rupert Stadler, Audi AG chairman, recently explained in an interview, the 2017 Audi Q2 has to offer a lot of thrill while being behind the wheels. This translates into an interesting choice of engine lineup under the hood.

Even if the European version is offered with six engines, in Australia the all-new Q2 launched in Geneva will come with two 2.0-liter TFSI petrol and TDI diesel engines, with power ranging between 85 kW and 140 kW.

Both engines are paired to a completely new dual-clutch transmission, combined with the carmaker`s lately Quattro AWD with a four-link system. The FWD versions benefit instead of semi-independent rear suspension system.

Once available in Australia in around six months, the 2017 Audi Q2 will also be offered with a wide range of features, to best fit the needs of all Australian Audi fans.