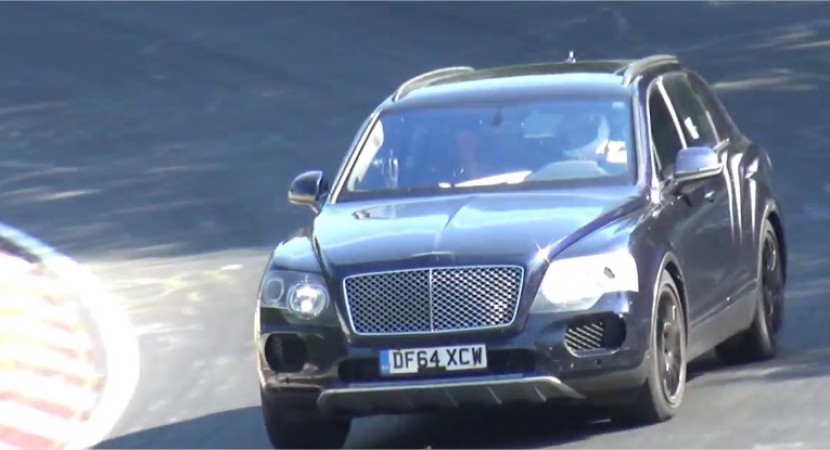 The company`s first SUV ever to be built, the Bentley Bentayga, has been recently seen in a video spy while undergoing some heavy tests on the track at Nurburgring, before being unveiled at the 2015 Frankfurt Motor Show.

The video is showing the Bentley Bentayga wearing some camouflage at the body, meaning that it will come with some interesting design lines. Apart the styling, the Bentayga is also seen testing its maneuverability in tight corners.

As a reminder, the Bentley Bentayga SUV was first previewed a couple of years ago via the EXP 9 Concept, being based on the upcoming Audi Q7.

The model is set to be high-performance, thanks to the lightweight composites and to the impressive engines it will come with. We are dealing here with a base 4.0-liter twin turbo V8 unit and a higher 6.0-liter W12 TSI twin turbo, with 608 horsepower and 900 Nm of torque.

A plug-in hybrid version will also emerge, but so far the details list is rather scarce. We will wait for more at the 2015 Frankfurt Motor Show. Meanwhile, enjoy the spy video with the Bentley Bentayga on the Ring!