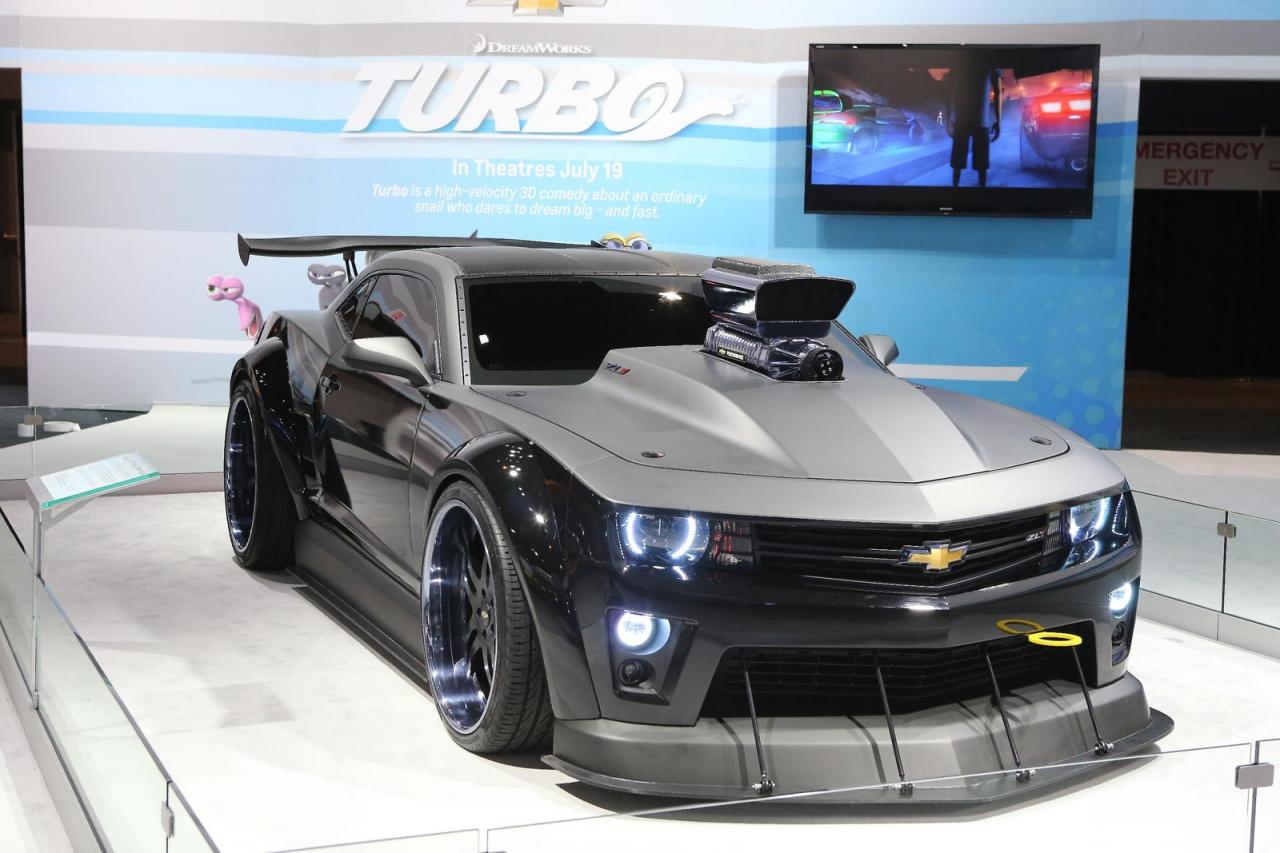 Chevrolet decided to bring a special model based on the current Camaro Coupe at the 2013 Chicago Auto Show. We talk about the “Turbo” model, a prototype which promotes the upcoming movie with the same name, a film which will be released in July.

Under the bonnet of the American muscle car sits a tweaked V8 engine capable to produce more than 700 horsepower.

In terms of styling, it benefits from new front and rear bumpers, a new hood, large 24-inch alloy wheels, LED lights and more.

The 2013 Turbo Camaro Coupe rides on a revised suspension which a custom adjustable coilover strut, new shock assemblies and springs.

Chevrolet has no plans to produce this model, its main purpose is to promote DreamWorks’ new movie whose trailer can be watched below.

“This hot ride is based on a character in the new high-velocity 3D comedy from DreamWorks,” adds the company.