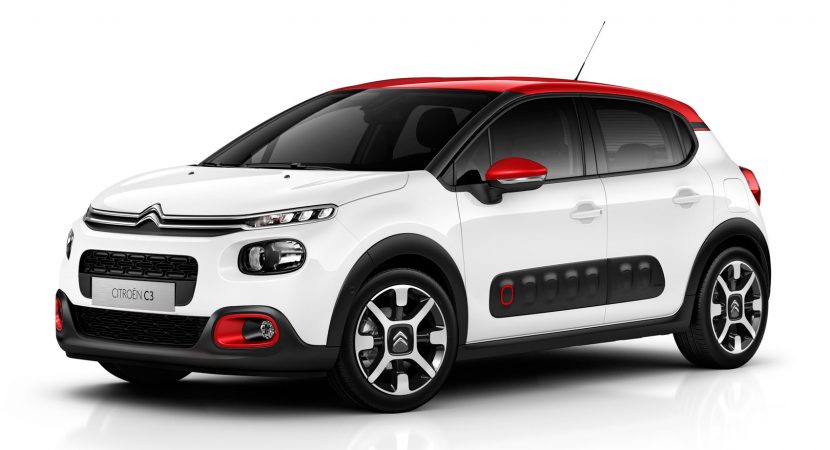 The 2016 Paris Motor Show is opening its gates in October, with a lot of local and worldwide carmakers to prepare their latest rides. Citroen is bringing the all-new 2017 C3 at the show as well, the model hitting dealerships after the event.

The 2017 Citroen C3 will be available in the C3 Live, costing 12,950 euro and the C3 Attraction with a starting price of 13,600 euro. Both versions come with visibly improved features as opposed to the last year`s model.

Additionally, the carmaker has also announced the car`s availability in the Feel and Shine trims, with prices to be revealed at a later date.

From a visual point of view, the 2017 Citroen C3 is a downsized version of the C4 Cactus, coming with rather the same styling characteristics, like flowing design and the same features inside. The model is also set to come with nine exterior colors, Airbumps with a choice of additional colors and three colors involving the car`s roof.

Inside, the new models are coming installed with optional features, which will make them stand-out from the crowd, like the seven-inch touchscreen for the infotainment system, Apple CarPlay, Android, ConnectedCAM and a plethora of safety features.

In the engine department, the 2017 Citroen C3 is equipped with the PureTech three-cylinder engine, with 68 horsepower, 82 horsepower and 110 horsepower, respectively. On the diesel`s side, the car is also available with the BlueHDI turbodiesels, with 75 horsepower and 100 horsepower. Besides the standard manual gearbox, all engines will be also fitted with the optional EAT6 automated transmission.