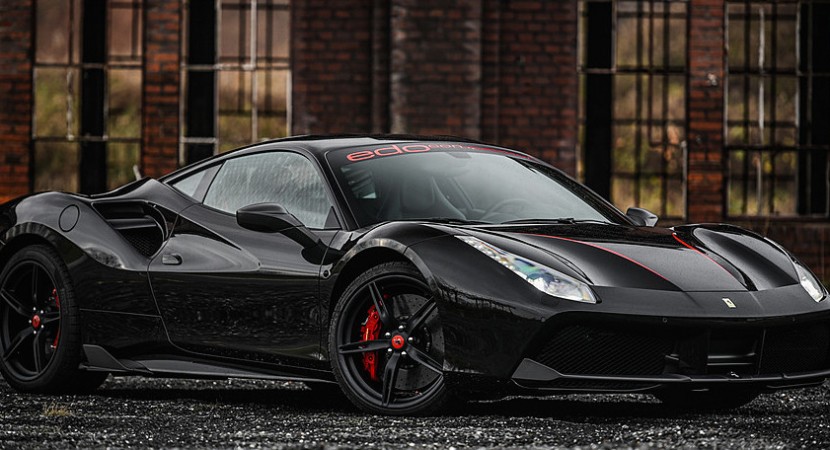 When it comes to tuning shows, the 2015 Essen Motor Show is the godfather of all, the show being opened between 28th of November – 12th of December. It is the most important tuning motor show, as it gathers the world`s famous aftermarket shops, displaying their exquisite models.

It is also the case of German tuner Edo Competition which will officially unveil their customized Ferrari 488 GTB, the model receiving an impressive power upgrade.

Not much can be said about the outside, the black Ferrari 488 GTB by Edo keeping the stock bumpers but receiving instead the new front spoiler lip and rear diffuser, along with revised side skirts.

The bonnet is also wrapped in red accents, the entire body styling being complemented by the blacked-out alloy wheels with the red center caps.

In the stock form, the Ferrari 488 GTB is packing a 3.9-liter twin-turbocharged V8 engine, with 670 horsepower and 760 Nm of torque, capable of sprinting from 0 to 100 km/h in just 3.0 seconds, at a topping of 330 km/h. This one seen here has also received a power boost, but unfortunately, the tuner has chosen to reveal the performance figures at the Essen Show. We believe the result would be an impressive one! Stay tuned for more info on the Ferrari 488 GTB by Edo Competition! 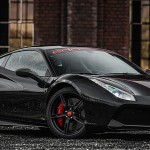 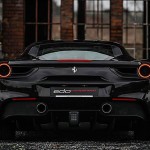 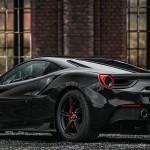 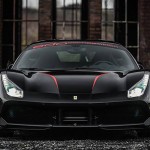