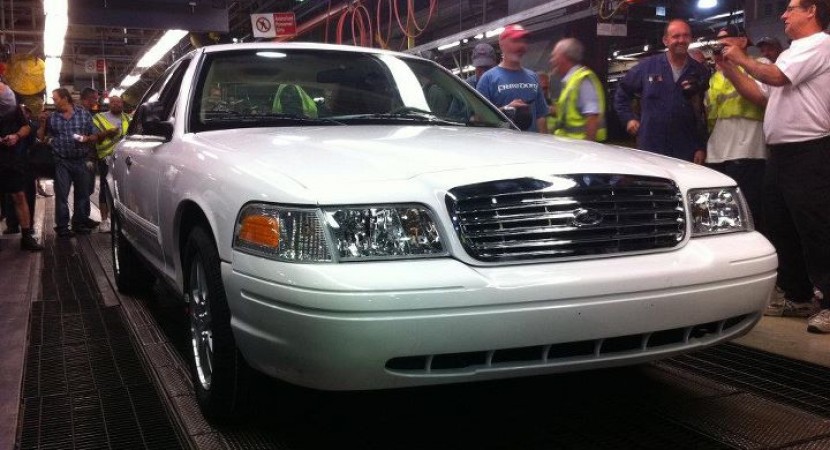 As the ultimate Taxi car, the most popular Police vehicle and one of Ford’s most successful selling car the Ford Crown Victoria has and will be with us for a while.

That may be the reason why it makes me a little bit sad to see and tell you this; the last Ford Crown Victoria was produced this Thursday. 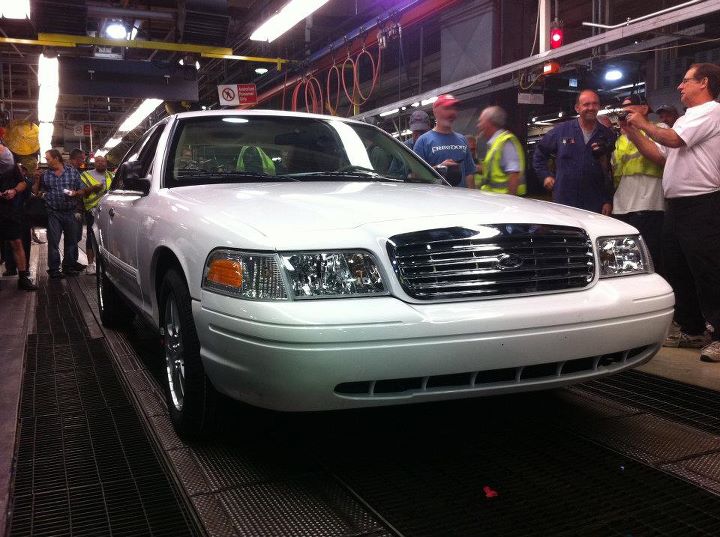 The Blue Oval quietly shoved it into the history books but they did document the last one being made at the company’s St. Thomas Assembly Plant in Talbotville, Ontario quite thoroughly.

Workers of the Canadian plant have been keeping people up to date with the production wind down via their facebook page and quite a few photos were taken of the last Ford Crown Victoria rolling off the assembly line.

The Ford Crown Victoria has been on sale for nearly thirty years and while its history includes a few mild facelift changes, it was one of the most reliable and change rejecting cars ever made. 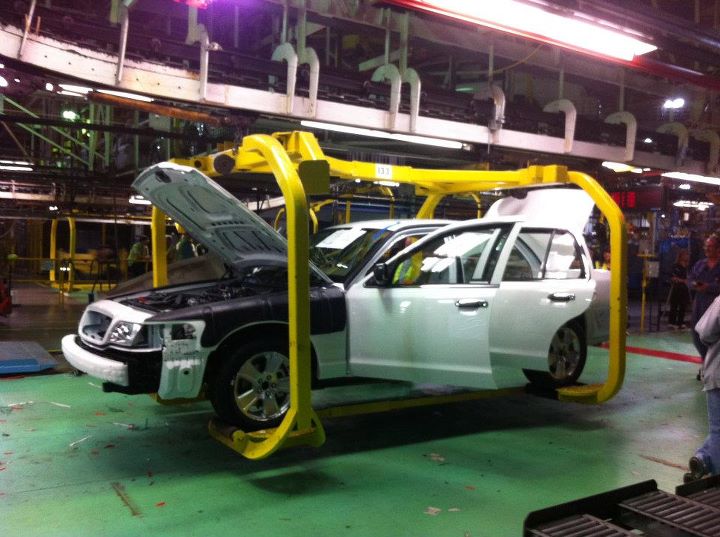 This particular last model was commissioned by a customer from Saudi Arabia, it came in white, had a tan interior and the only notable option was rear-seat air conditioning. 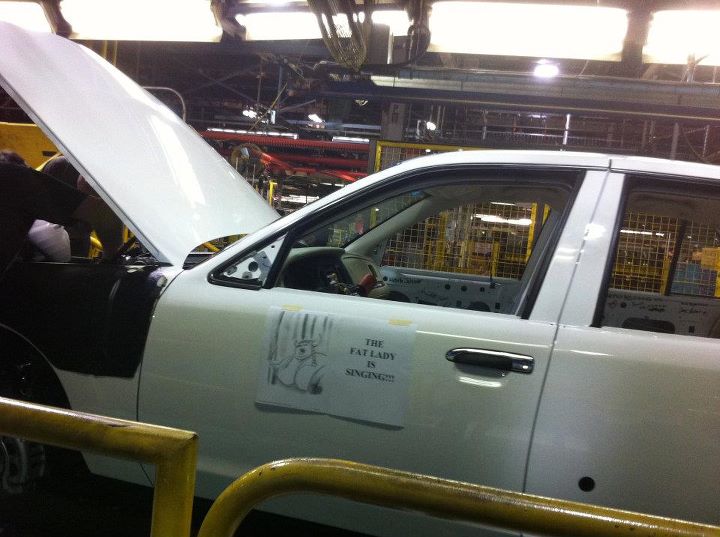 As special parting gifts from the workers, the floor was signed by some of the line workers and until the car rolled off the line there was a joke print on one of the doors.