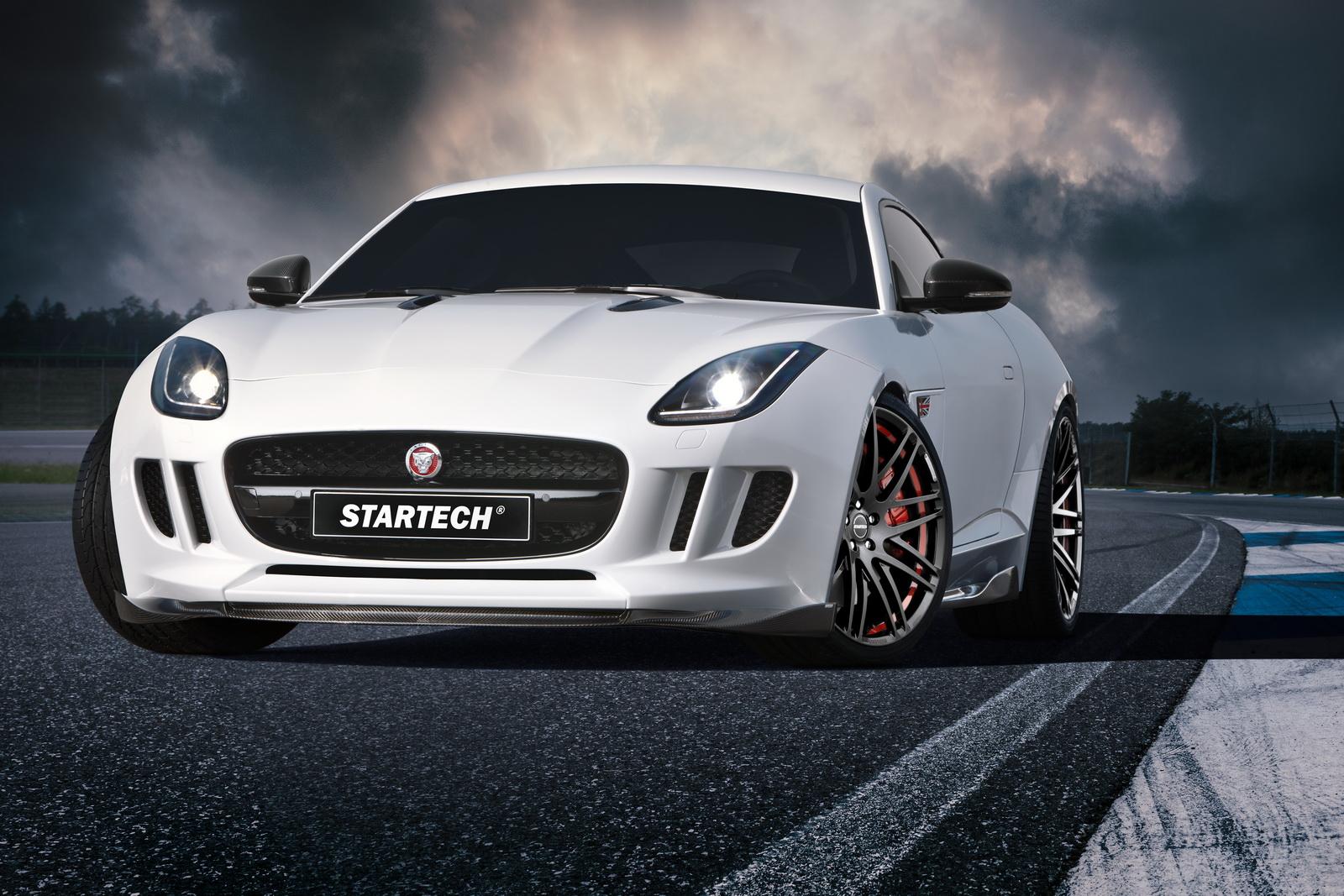 I cannot recall any Jaguar, especially the Jaguar F-Type, being ever customized by an aftermarket specialist, but the guys over the famous Startech tuning division have managed to give the model a cool look, while inside, the cabin has also received a special touch, just to get the car ready for the 2015 Geneva Motor Show, one of the most important auto events in the world.

First off, the Startech tuner company has customized the Jaguar F-Type with a new body kit package, which includes a lot of carbon fiber parts, as well as the well-known Startech gizmos inside the cabin.

Taking a look at the Jaguar F-Type all wrapped with the Startech parts, one might observe the new front lip spoiler, rear diffuser and the side skirts, completely out from carbon. More tweaks involve the carbon fiber side mirror caps, the 21-Monostar S forged alloy wheels, the four-tailpipe exhaust system and a few more.

Second, the Jaguar F-Type by Startech has not received any performance mods under the hood, but as said aforementioned, the cabin of the hot ride has been also fitted with some high-end materials, like the piano black trim, the brown and red Nappa leather, the diamond stitched headliner, the illuminated sill plates and more. No pricing details have been yet announced, but we should be able to find out more in Geneva, starting tomorrow.

Peugeot Partner gets the facelift treatment too