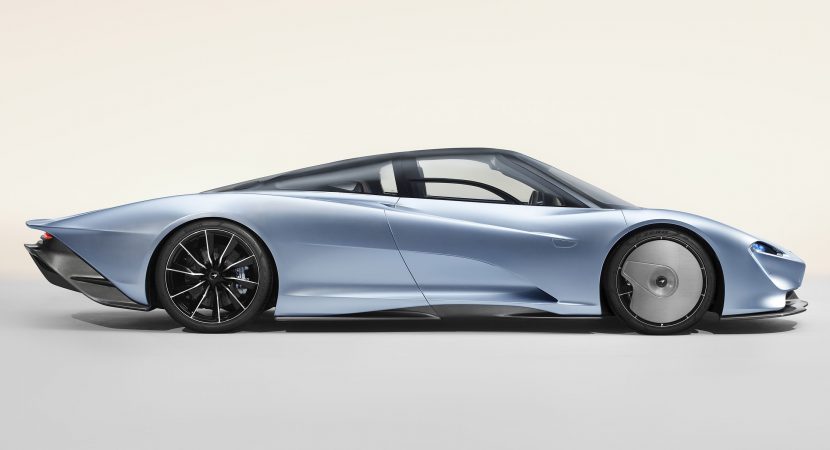 McLaren supercar manufacturer has finally outdone itself once it introduced the Speedtail, which emphasizes the company`s efforts to create the perfect supercar ever built. And just by taking a quick look at it, we incline to believe so. It will become available starting with 2020.

The design and its aerodynamics exceed expectations; it is a car out of worldy dimension, with an engaging personality and impressive performance under the hood. It is also so rare, that only 106 will ever be built; in fact, they`re all sold out for at least £1,75 million a piece. However, add up SVO`s own personal customizations and we are looking at more than £2 million.

Everything about the supercar is special, from the aerodynamics to the tiniest mechanical bits that increase its drag and make it the fastest road car in the world, way too fast than the McLaren`s iconic F1. And it all starts at the exterior, where one can see the low-slung design with the long tail and “teardrop-style cabin area.”

“The McLaren Speedtail is a vehicle unlike any other, not simply because of the astonishing visual drama, extreme speed and aerodynamic excellence that distinguish it, but because it sets unprecedented standard in technical luxury and bespoke customization. The same boundless innovation and creativity that drives McLaren to push the limits of physical performance have challenged us to craft an exquisite interior defined by pioneering design and the absolute pinnacle of materials quality.”

Described as “breathtaking sophisticated,” the supercar`s modern design uses the latest digital technologies, which bring forward a series of modifications that make it the fastest in the world. This means maximized aerodynamic efficiency and reduced drag, utilizing at the same time Low-Temperature Radiators that sends the airflow over the bonnet and into the upper air intakes to increase power. Furthermore, the same airflow is then sent around the wheel arches and eventually in the lower door vents.

Power comes from a petrol-electric hybrid drivetrain, enabling a staggering 1050 PS; and for a supercar that weighs just 1,430 kg, this is really fantastic. From standstill to 300 km/h, the McLaren Speedtail in a mind-blowing 12.8 seconds, at a top speed of 403 km/h. This is way too impressive than the 16.5-second run that used to make the P1 the king of the roads, at a top speed of 391 km/h. 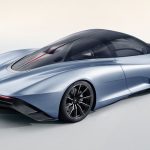 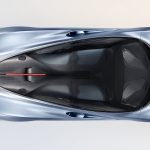 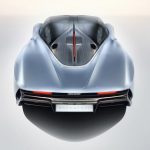 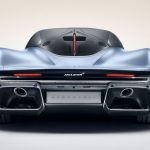 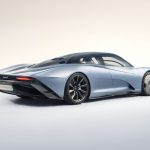 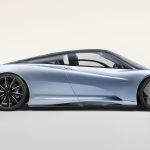 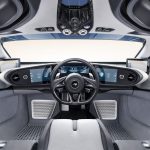 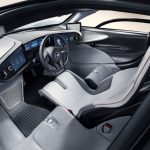 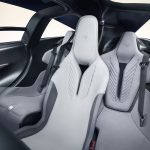 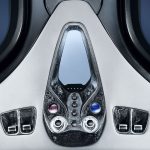 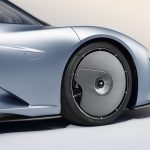 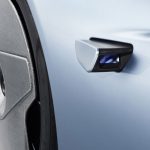 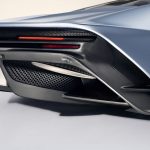 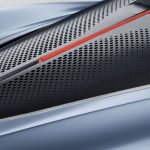 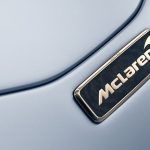