Home
Auto Shows
L.A. 2010: 40 years of development on the Mitsubishi i 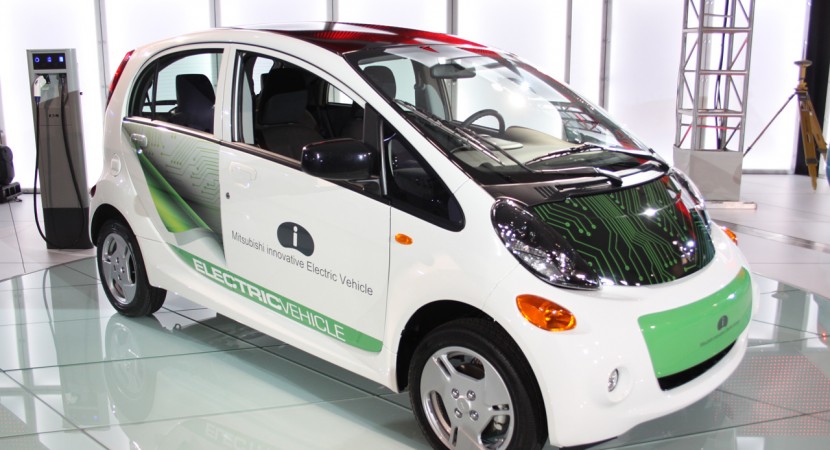 A while back, Chevrolet tried to do away with the whole “Chevy” idea. That didn’t really go along very well but here’s Mitsubishi preparing this car for the U.S. and calling it the “i”. 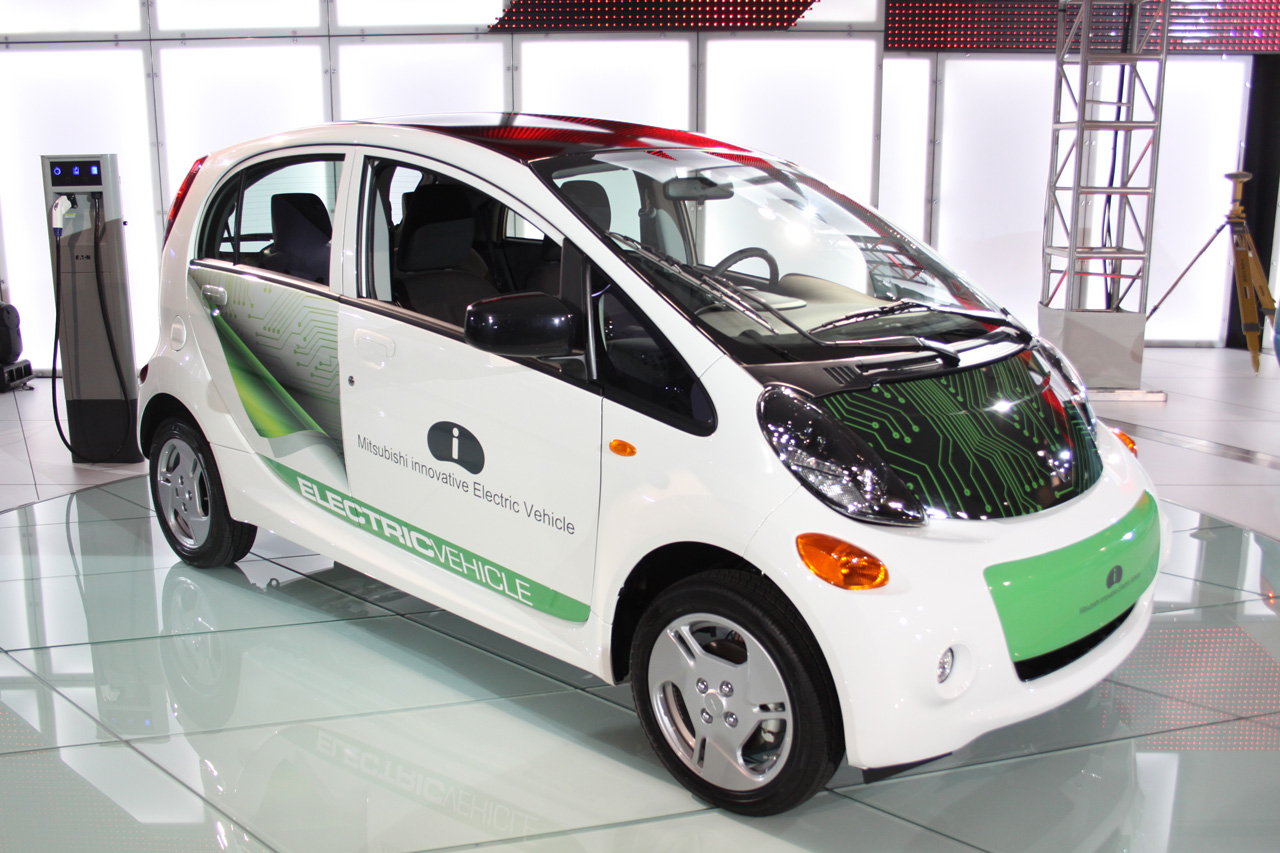 I find it just about as amusing as the “Chevy” situation because that’s the Mitsubishi i-MiEV with some vinyl covers added before being put in a Los Angeles Motor Show stand.

Just to keep it classy I’ll refer to the small EV as the Mitsubishi i because that’s what the company wants. So, the Mitsubishi i, it’s pretty much identical with the European and Japanese versions of the Mitsubishi i-MiEV but has a slightly wider body.

The widebody was fitted to the Mitsubishi i to help get people that are larger in size (and let’s face it, most Americans are just that). Apart from that every component underneath is the same as the other markets the tiny Mitsubishi EV is sold in. Beside the widebody, the Mitsubishi i also features an upgraded version of the software it uses which is destined to help the maximum range that can be achieved. 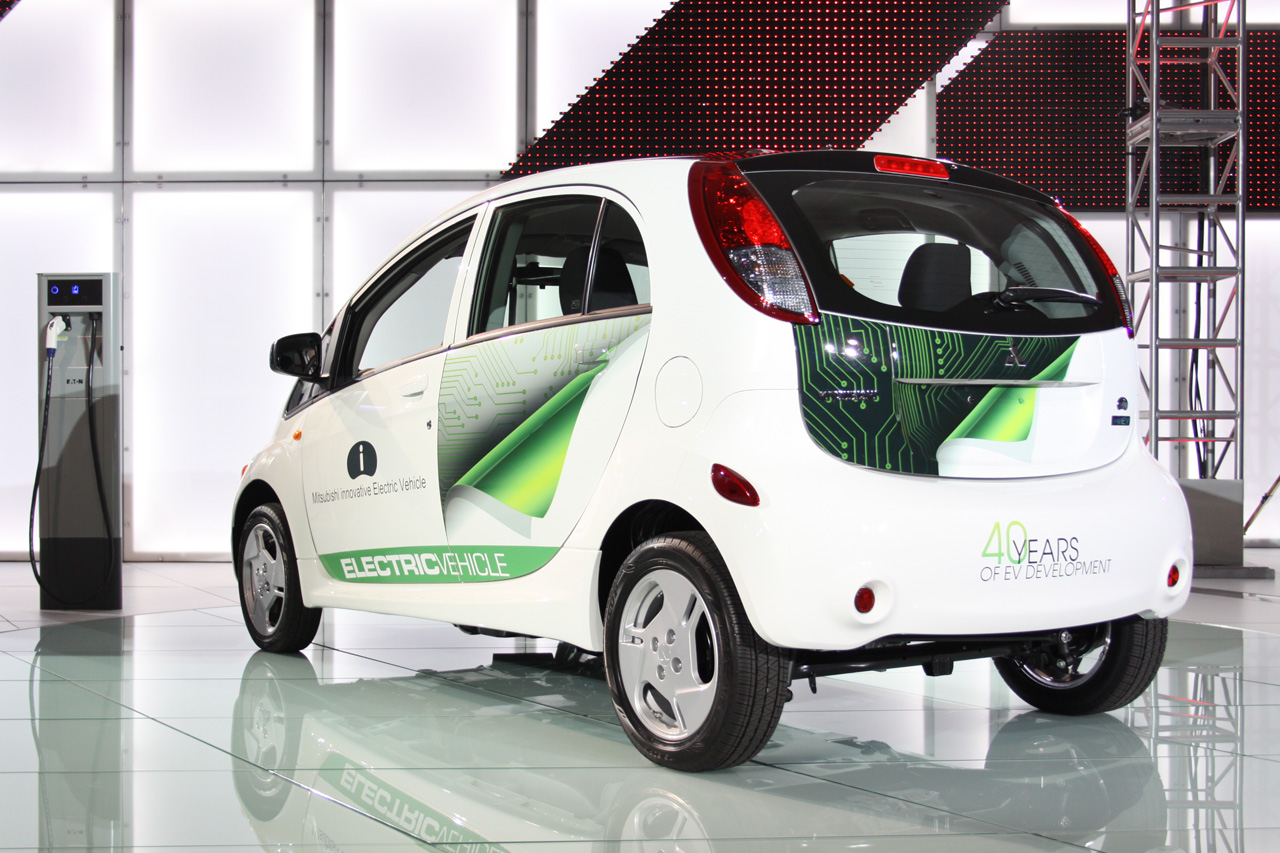 After all the changes, the Mitsubishi i should be able to carry one American about 85 miles on a single charge. That’s a reasonable performance but hardly seems to be worth the trouble of saying it’s 40 years of development that lead to this. Not on the back bumper anyway…