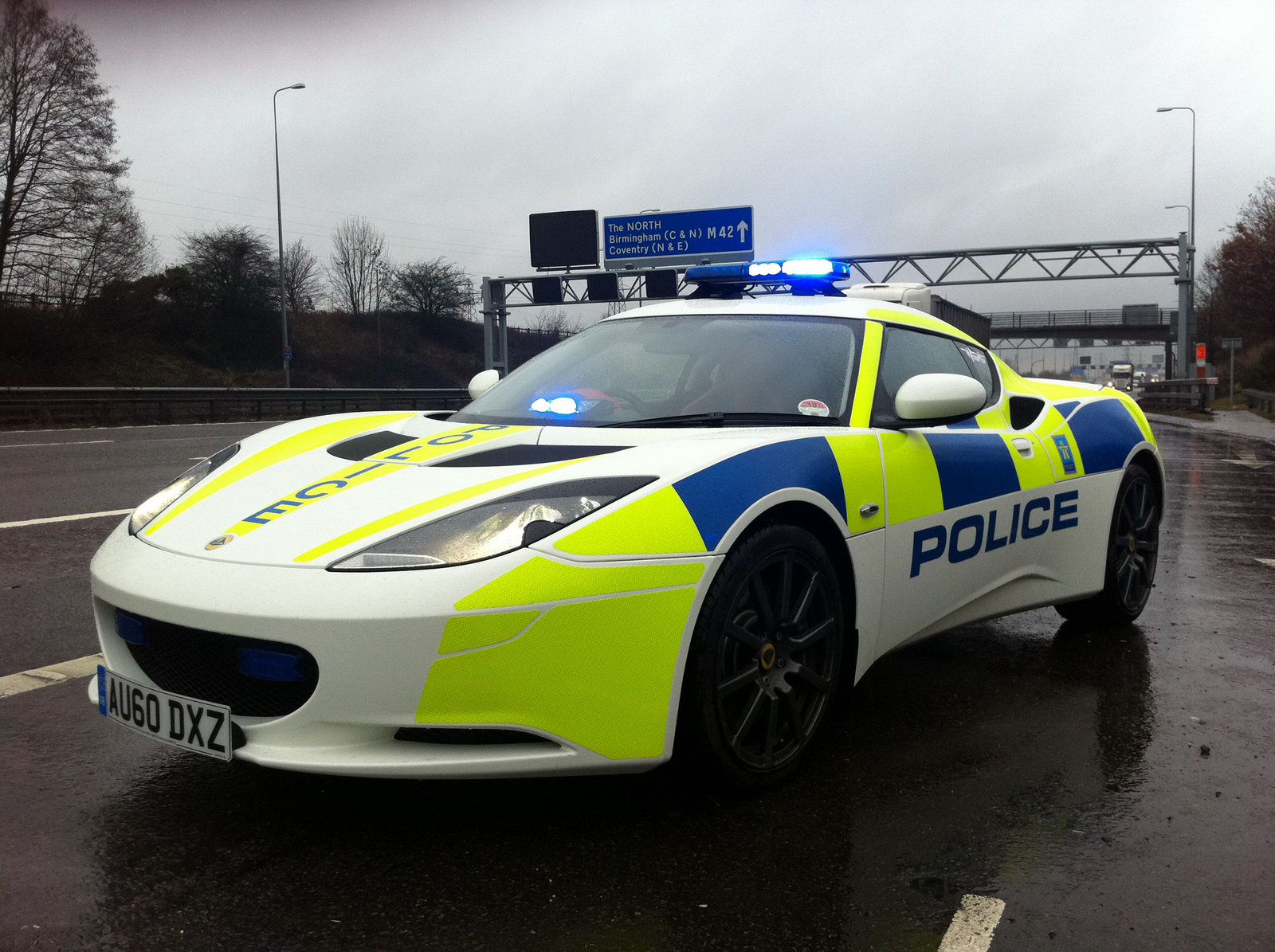 Which one? The crime-fighting one of course, where else would a high performance car be seen?

Well, as it happens, there are some less then law abiding activities you got undertake while driving a Lotus Evora, but that’s another story.

In what’s probably one of the most understated announcements of the year, Lotus loaned one of their Evora creations to the Central Motorway Police Group in Great Britain.

If you think the announcement was understated wait till you find where it happened. The affair took place at the Autosport International Show at Birmingham’s NEC.

For something International it sure fails to grab any attention. Even so, once the show is over, the Lotus Evora and a few lucky British Police highway officers will go on to Lotus’ track training program.

Once school’s out, the police livery on the Lotus Evora will be put through its paces. For two weeks, the car will be in testing with the force in order to see how the vehicle would make amends with criminal hunting activities.

At the end of that period Lotus may get a limited number contract for the Evora as a patrol car. Even if that doesn’t happen, this move will make the Police somewhat more popular and their job will probably be a bit less difficult.