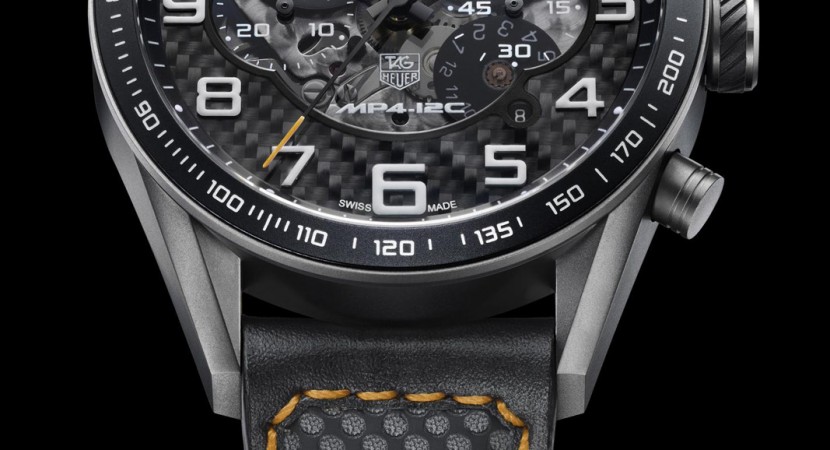 The name of the new stylish chronograph watch is of course inspired from the new MP4-12C supercar and it comes to celebrate 26 years since the two companies teamed up. The MP4-12C Chronograph has been recently revealed by TAG Heuer at an exposition held in Geneva. 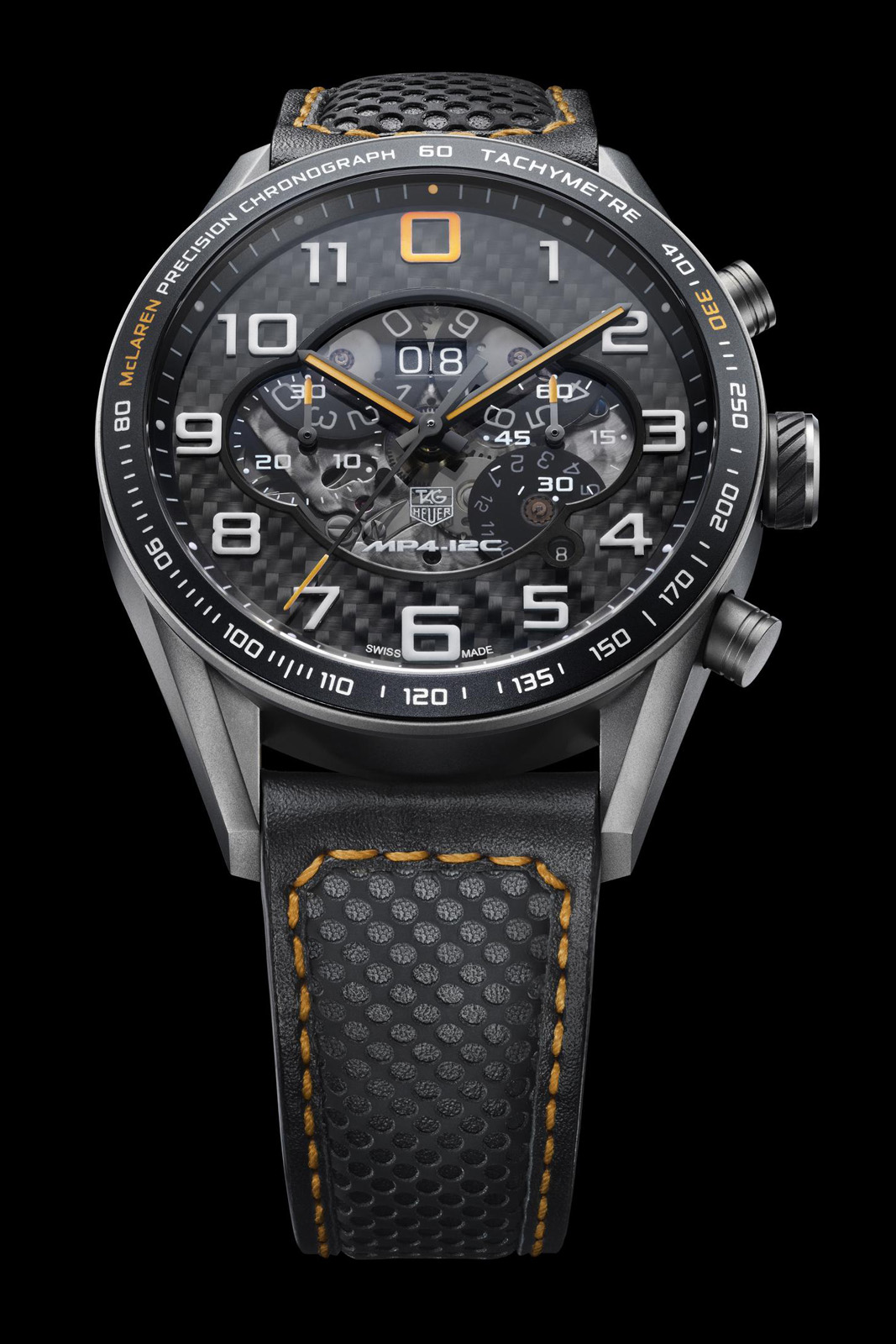 However, the new stylish watch will be sold by McLaren in a limited edition of 1,000 units in the coming months. The new chronograph features an Alcantara leather belt with orange stitches, the orange color being found also on few other elements reminding us of McLaren’s supercar which inspired this watch.

The housing of the watch is made of lightweight titanium but it features also a carbon fiber dial and a 47-jewel Dubois Depraz Calibre 4900 chronograph movement. It also comes with some features such as a tachymeter, sapphire inserts and more other special elements, all the details being available at any McLaren dealership where you can see the watch live.