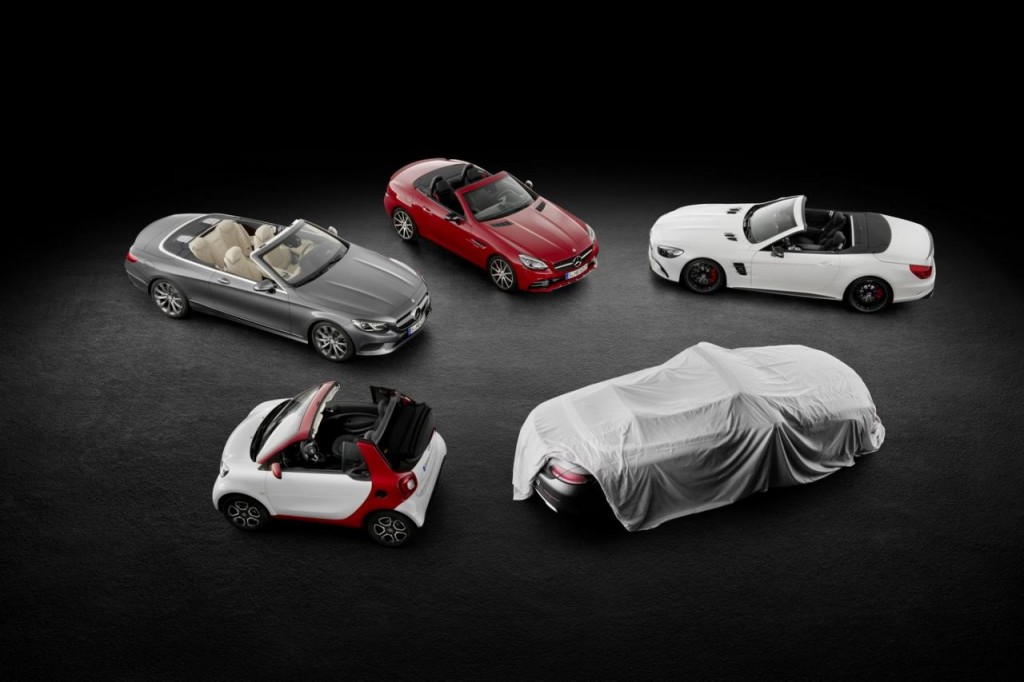 It seems that Mercedes-Benz is making the final preparations before introducing the all-new C-Class Cabriolet, the model in question popping-up in a new teaser, following a sketch released a couple of days ago.

According to this outed teaser, we can actually take a closer look at the car`s rear right cluster, the rest of the model being completely wrapped. This should be just enough to conclude that the model will resemble its C-Class Coupe, except for the retractable roof of course, which will use an electrically-retractable system.

In the engine department, the Mercedes-Benz C-Class Cabriolet will no doubt carry over the C-Class Coupe`s engine lineup, adding up a few more as well.

Besides the standard mills, the carmaker will also introduce the top of the line AMG C43 Cabriolet, fitting a 3.0-liter V6 engine with 362 horsepower.

According to the recent news, the Mercedes-Benz C-Class Cabriolet will be officially introduced at the 2016 Geneva Motor Show in a couple of weeks, the model standing side-by-side other hot models from the carmaker, like the V-Class Executive, E-Class, SLC, SL, as well as the all-new Mercedes-AMG S 63 Cabriolet Edition 130.

Stay tuned and keep reading our headlines for new information on the upcoming Mercedes-Benz C-Class Cabriolet!