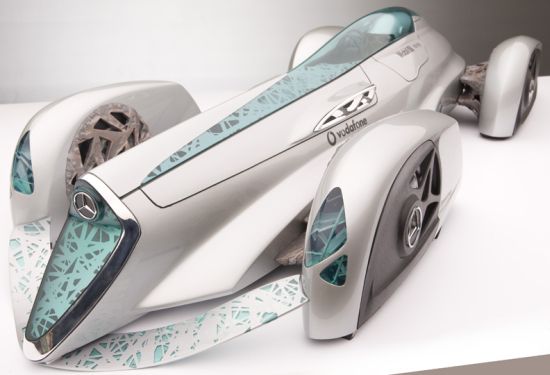 Few years ago, most people where launching electric concepts and now that this is starting to become reality, they are changing the situation starting to launch hydrogen cars but I think they should remain at the electric cars until there will be no car with a fuel consumption engine.

Anyway, this is a hydrogen concept car but I must admit that it looks awesome and that green – blue color really fits with the thing that it works on hydrogen. This concept is named Mercedes Blitzen-Benz and it is based on the original Mercedes Blitzen-Benz concept released a long time ago namely in 1909.

This car looks more like a dragster or a formula 1 car or both of them combined better said. Anyway, I don’t think that I will be soon able to say something like “in the next year, Mercedes Blitzen-Benz will become available on the market”, it will be a Sci-Fi car a long time.

2011 Mercedes Benz C-Class will have a hybrid version