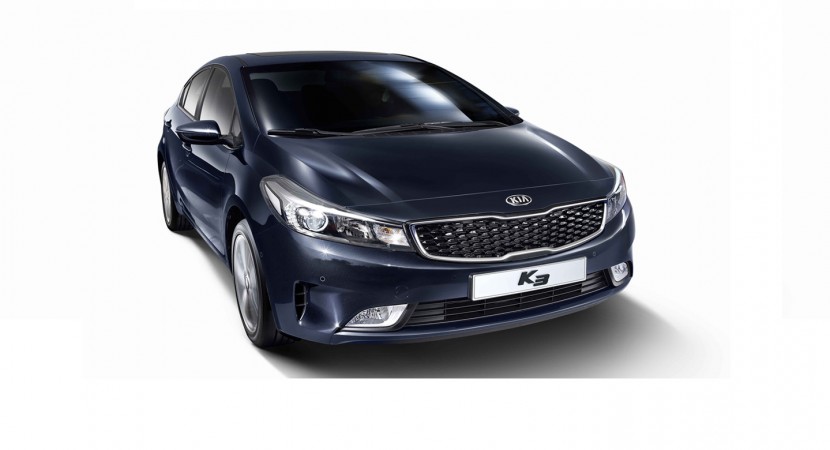 The South Korean based Kia has recently launched the K3 on the local market, making its way onto the European market as well under the Forte Sedan and the Cerato monikers.

We are dealing here with a facelift version of the current K3, the new model coming with the same headlights which now incorporates bigger HID clusters with LED DRLs. Other new features include the revised front bumper and fog lights, which make room for the vertical vents.

At the rear, the model is also coming with a changed bumper, revised taillights with new LEDs, and a few more.

The cabin remains pretty much the same, with just a bunch of updates to be available. We are dealing here with updated infotainment system with fewer buttons, new steering with glossy black accents or the extra buttons on the central tunner, which is now placed near the gearbox shifter.

Under the hood, the Kia K3 facelift packs a 1.6-liter GDI naturally-aspirated gasoline engine, which develops 132 horsepower, hooked to a six-speed automatic. A new 1.6 VGT diesel with 128 horsepower will also join the lineup.

The US spec Kia K3 will be officially unveiled at the 2016 Detroit Auto Show and will be known on the Northern American market as the Kia Forte Sedan.