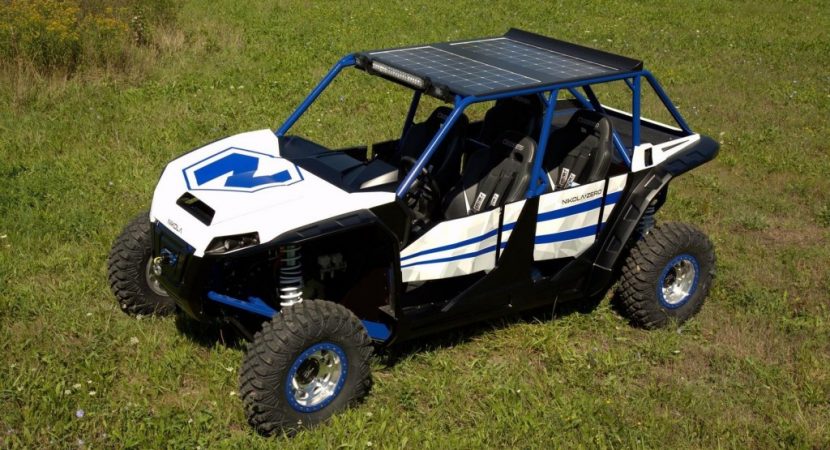 The big shots from the EV market are about to receive a major blow from the start-up Nikola Motor Company, which has recently presented the long-discussed Zero electric UTV, that electric car that packs enormous power and delivers a sprint from 0 to 100 km/h in a mind-blowing time.

The Nikola Motor Company is based on Salt Lake City and has built so far two vehicles, one of them being the Zero electric UTV, which was built in a partnership with Tesla Motors.

The model comes with a base price of $37,500 and comes equipped with two independent electric motors for the front and rear axles, both delivering a staggering 520 horsepower and 645 Nm of torque.

The electric drivetrain is sustained by a lithium-ion battery pack delivering an additional of 72 kW, with a range of 200 miles. But the good news are not over yet.

It might come as a shock to you, as the Nikola Zero electric UTV is capable of sprinting from 0 to 100 km/h in a whopping 3.0 seconds, and that because of its lightweight chassis, weighing just 861 kilos.

Also, the Nikola Zero electric UTV comes with a IP67 certification – which makes it waterproof – along with a 14.5-inch ground clearance, meaning that it is extremely stable and delivers explicit performance on all road conditions.

So this will make you wonder if you would choose between the newly-unveiled Chevrolet Bolt EV, which also comes with impressive numbers – well, not that impressive – or this exquisite model that can run like hell. The choice is yours, anyway.