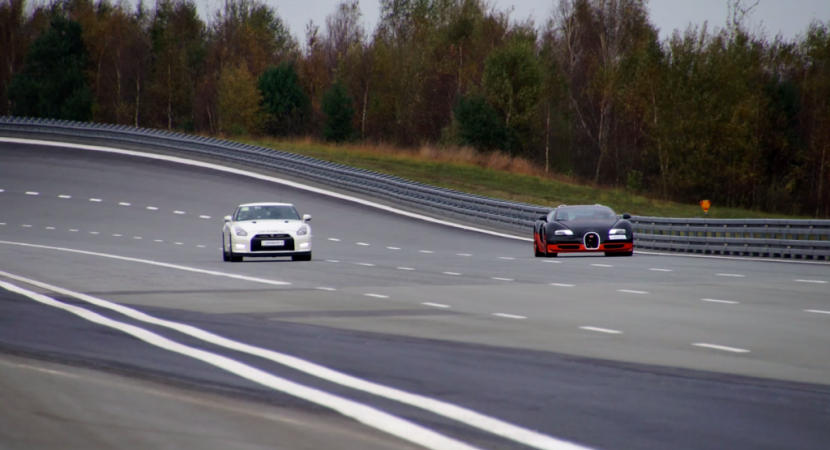 There comes a time when some of the most powerful road-legal models have to face each other on the tracks and what better way of portraying their sheer display of power than watching them in exclusive drag races?

This 4K high-resolution footage seen below is indeed displaying a modified Nissan GT-R going up against a stock Bugatti Veyron Grand Sport Vitesse in a drag race, on the Papenburg Oval testing tracks, in Germany.

We might say that this would not be a fair fight, considering the fact that the GT-R has been modified to produce a whopping 1,200 horsepower, especially built at the AMS Performance.

On the other hand, Bugatti Veyron Grand Sport Vitesse is coming with the stock 1,200 horsepower, but considering the fact this is one of the most powerful supercars in world, the power is indeed justified.

Now, while spoil all the fun and not letting you watch this splendid video with two formidable cars that make our world a better place? And since you are at it, don’t forget to place your best and tell us which one was the winner!?