Home
Auto Shows
This Is Nissan`s Serena NISMO Ready to Rumble in Tokyo, Joins the Rest of Model Range 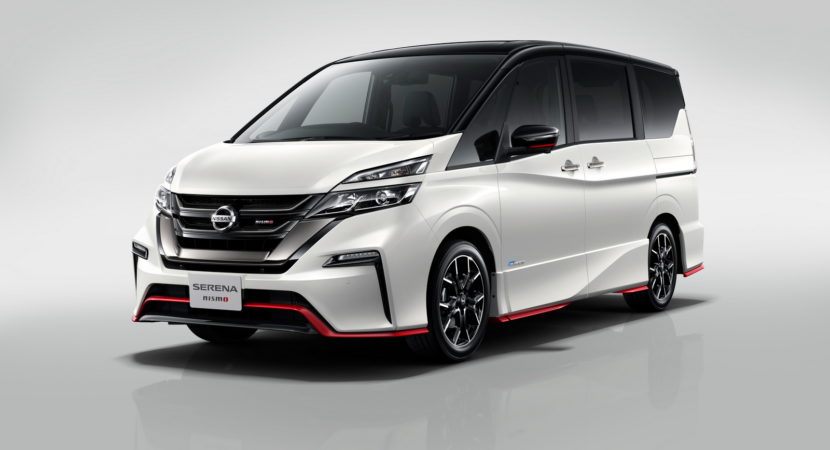 Asia`s most important auto event of the year taking place in Tokyo later on this month, will gather a whole range of new models and concepts from carmakers like Kia, Honda, Hyundai or Nissan.

Speaking of Nissan, the famous Japanese carmaker has prepared an entire model range for the upcoming 2017 Tokyo Motor Show, including the recently presented Nissan Leaf and Leaf Nismo Concept. It will also bring along the Serena minivan with the same NISMO treatment. The new car is presented in the media gallery below.

The NISMO aero package is easily distinguishable, thanks to the new bumpers, red accents and exquisite wheels, all set to reflect the minivan`s potent characteristics under the hood, “without sacrificing the base model`s family-friendly, utilitarian nature.”

Inside, the changes are relatively minor, as it retains the same details as the standard Serena. The only things that caught our attention are the red accents on the steering wheel and side-vent surrounds, which complement the red accents at the exterior. The seats also come with a red shade, while the dashboard and door panels are now tweaked with contrast stitching.

Besides the Nissan Serena NISMO, the Japanese carmaker will also present the new Leaf NISMO concept, with a production model set to be more powerful than the standard Leaf. The visuals and mechanics are also improved, thanks to the new front and rear bumpers, high-performance tires, sport-tuned suspension, ProPILOT single-lane autonomous driving technology, ProPILOT Park which helps the driver park the car by taking over the acceleration, steering, brakes and so on.

Another model to arrive in Tokyo starting with 25 October is the new Skyline, a facelifted version of the current model. This one looks high-end with the evolutionary design at the exterior and luxurious materials inside the cabin. Other features to equip the new Nissan Skyline refer to All-Around Safety Shield Technology and Direct Adaptive Steering.

Stay tuned for more details on Nissan`s new model range to be presented at the 2017 Tokyo Motor Show! 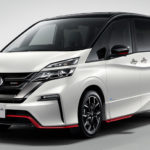 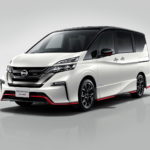 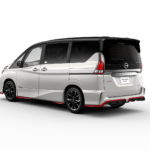 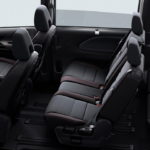