The Techart tuning company is really dedicated to deliver the best programs in the aftermarket segment, and the model below is just the perfect example of how a proper tuned-up SUV should look like.

The Porsche Cayenne Turbo S Magnum seen below was first presented at the 2016 Essen Motor Show, taking place about a week ago in Germany, with the model to look and feel extremely powerful, thanks to the tuner`s new power kit and an appealing aero kit at the exterior.

Speaking about the exterior, the Porsche Turbo S Magnum comes with a carbon fiber aero kit, consisting of new side mirror and headlight trims, rear spoiler and roof spoiler, adding taillight accents and a few more, all of them making it extremely aggressive.

Inside, the cabin has also received some significant improvements, such as carbon fiber on the doors, console and dashboard, adding Sport steering wheel in leather.

As for the new performance under the hood, the new Techart Porsche Cayenne Magnum has received a power boost, meaning a massive 720 horsepower, being sent to all wheels, and making it extremely agile and faster, even faster than the Brabus GLE 850.

Prices and full performance figures will be revealed later on this month, the model being expected for some show-offs at different public events, riding alongside other fine projects from Techart. The technicians have also added a batch of photos with their latest project. Enjoy and don’t forget to share your impressions with us! 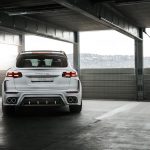 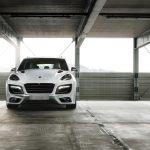 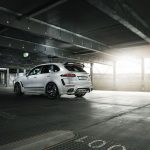 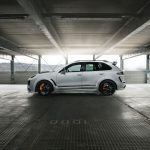 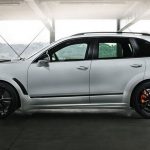