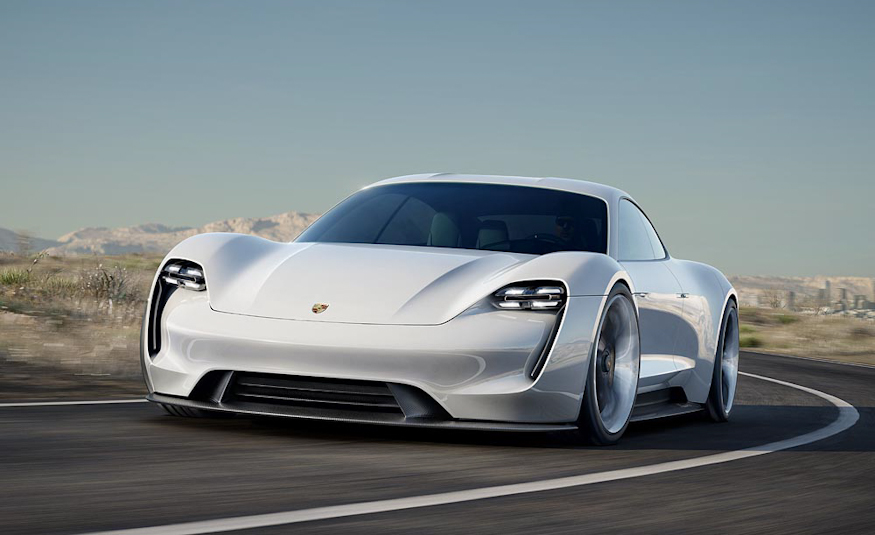 The Porsche Mission E Concept was unveiled at the 2015 Frankfurt Motor Show this month and the hottest model from Stuttgart is making a come-back in two first videos which showcase its interior and performance figures under the hood.

The videos with the Porsche Mission E Concept are also praising the supercar`s extraordinary design, but are also previewing the technology that it comes with.

As a short reminder until you get to see the two videos, the Porsche Mission E Concept revealed in Frankfurt is the main competitor of the Tesla Model S, the model supposedly entering production somewhere in 2020.

The model comes with an evolutionary and futuristic body design, while the cabin is fully tweaked with the latest technology and some other high-end goodies, like the eye-tracking system, OLED screens, extra-lightweight seats, holographic display for the rear passengers and a few more.

Under the hood, the Porsche Mission E Concept packs two electric motors, with 600 horsepower, all hooked to a 800V lithium-ion battery pack which can be recharged in around 15 minutes, enough to provide a 400 km mile range. The model is also high-performance, as it reaches 100 km/h in just 3.5 seconds.

The Porsche Mission E Concept is not the only pure electric model, as the carmaker is also planning a Porsche 911 Carrera plug-in hybrid and a pure electric version, the latter one being set for production at the end of the decade as well.