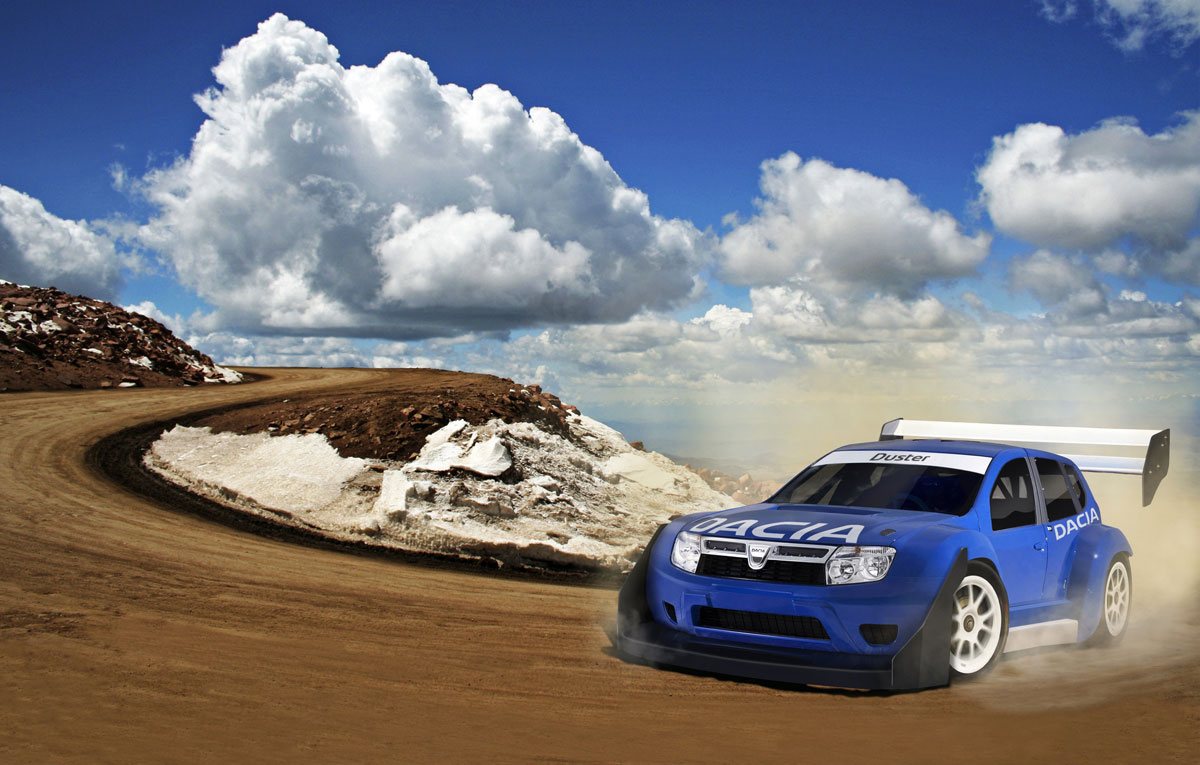 The French people from Renault recently announcend that at this year’s edition of Pikes Peak International Hill Climb which starts on June 26 in Colorado, U.S., a 850-horsepower version of Dacia Duster will compete with the French pilot Jean-Philippe Dayraut behind the steering wheel.

Packing 850 horsepower under the bonnet of a Dacia Duster sounds pretty crazy, this is why we assume that only from the exterior we will see some similarities with the Romanian SUV.

The 41 year old French rally driver decided to compete in the well-known competition behind the steering wheel of the Romanian model. Some extreme modifications are needed in order to reach the horsepower amount expected by the French people but with a little help from VIP Challenge specialists, nothing is impossible.

Moreover, Renault offered us a rendering of the competiton version Dacia Duster, the first blinking things being the wide bodykit and also the huge rear wing. These are the main details for now but expect to find more in the coming months as the American competition is not that far as you may think.