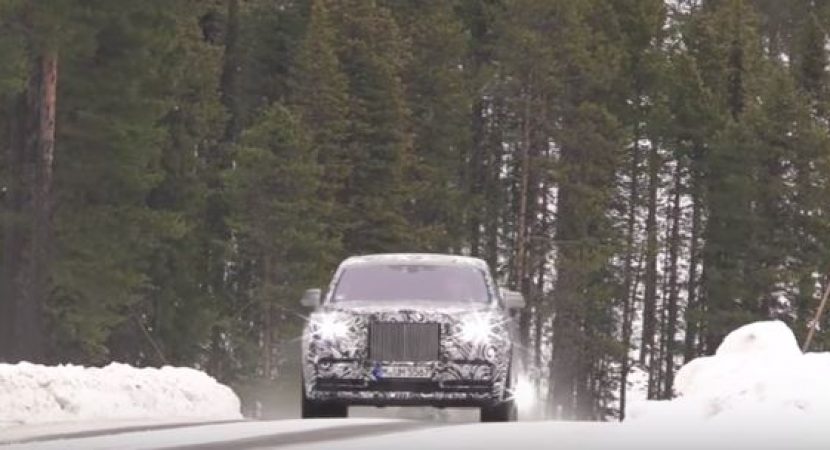 Up until a couple of months ago, there were little details emerging with the upcoming Rolls-Royce SUV, in the shape of the new Cullinan.

But just the other day, a new spy video has given us a closer look at the all-new Cullinan SUV, which is set to arrive on the market as a 2019MY.

It is extremely big, a Rolls-Royce characteristic already implemented on the new models, the model being built from lightweight materials which make it quite fast and agile.

Some have described the new Cullinan as the raised variant of the new Phantom, now longer and wider and standing on the carmaker`s new yet rigid platform. Even with the striking resemblance with the Phantom, the new SUV comes with its own personality.

The same lightweight aluminum platform allows the 2019 Rolls-Royce Cullinan to be equipped with a massive engine. In this case, we are dealing here with the same 6.6-liter twin-turbo V12 engine, borrowed from BMW`s M760iL, with impressive 448 kW and whopping 800 Nm of torque. However, the SUV might come with increase power.

Once arriving on the market, the all-new 2018 Rolls-Royce Cullinan SUV is set to compete against the Bentley`s Bentayga in every possible way, particularly under the hood, especially since the latter one is considered the most powerful SUV currently on the market.

Stay tuned for more upcoming details, meanwhile, take a closer look at the spy video which highlights the new Cullinan while performing tests in snowy Sweden!