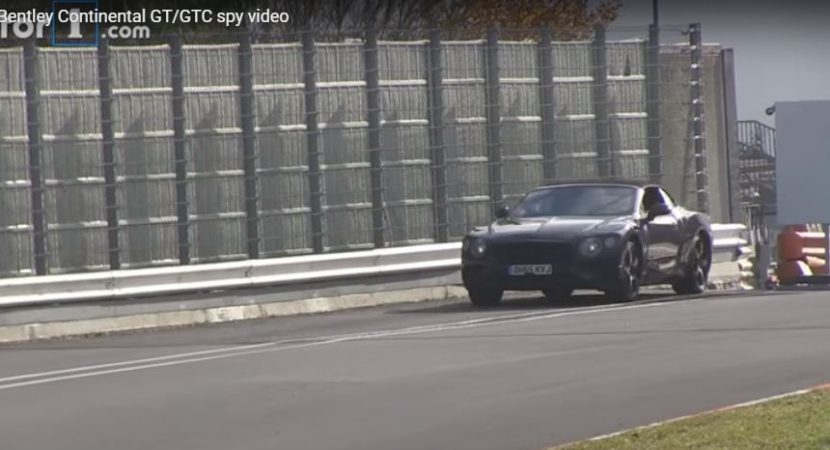 With winter already knocking at the door, carmakers will get ready to test out their latest prototypes in cold and snowy Sweden, while the Ring will remain deserted for the rest of the season.

However, there is still a lot of activity going on down there, as the British based carmaker Bentley is testing out the upcoming Continental GT and GTC, both test mules also being highlighted in the spy video below.

As we can see in the video, both versions are wearing extensive camouflage, which indicates some major transformations at the front and rear end. Both prototypes and future production models are influenced by the EXP 10 Speed 6 Concept, revealed a long time ago.

Up front, the new Continental GT and GTC might come in the final version with massive circular headlights and smaller lights near the fenders, adding smaller front and rear fenders as well, which are exactly the opposite of those exposed here. Also, the rear end might finally come with integrated oval tailpipes in the fascia.

The 2018 Bentley Contintal GT / GTC will stand on the company`s new MSB platform, which is the very same also underpinning the Porsche Panamera. This means that it will allow sharing some of the latter`s engines.

Rumors state that the GT will arrive next year, while for the GTC we will have to wait until 2018. Expect fresh details next year.