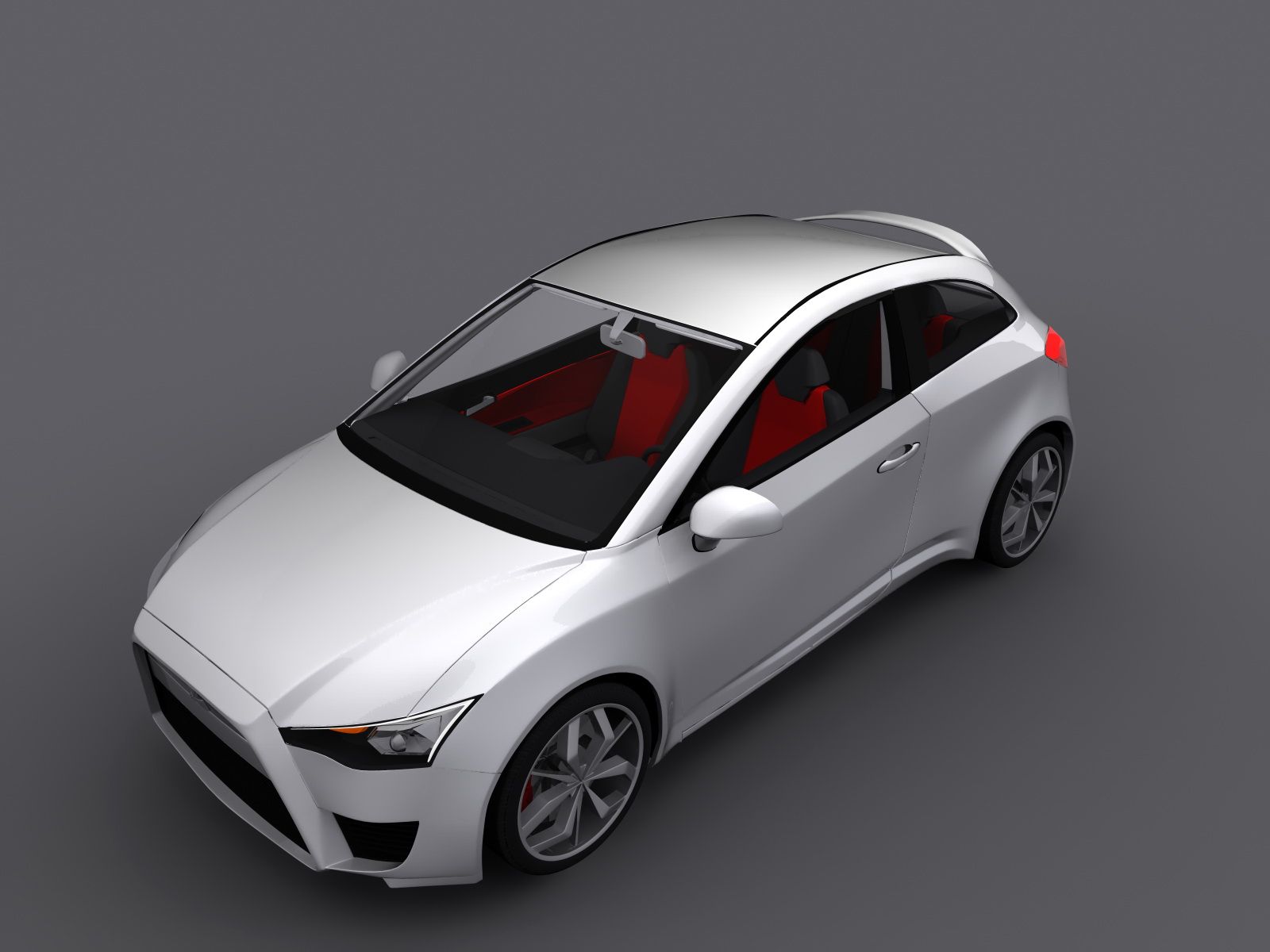 Now, here’s something you don’t see everyday. An independent designer called Gábor Farkas drew up and rendered this, the Mitsubishi CS. To me, the whole thin begs a question.

Stop giggling, I’m not talking about the pistol, I’m wondering if the CS Design Concept can, some day, become a real life, production version of the Mitsubishi Colt.

To top it all off, the Mitsubishi CS Design Concept has the kind of wheels and interior layout that I’d love to see on my car. There is one slight niggle about it though. It seems to be designed as a mini hot hatch two door coupe thing. As charming as that idea may be, it’s not the best way to start when aiming at this market.

So perhaps it’s not ready to become a production model yet, but it’s still one heck of an effort and Gábor Farkas and his Mitsubishi CS Design Concept do deserve a clap and hats off.