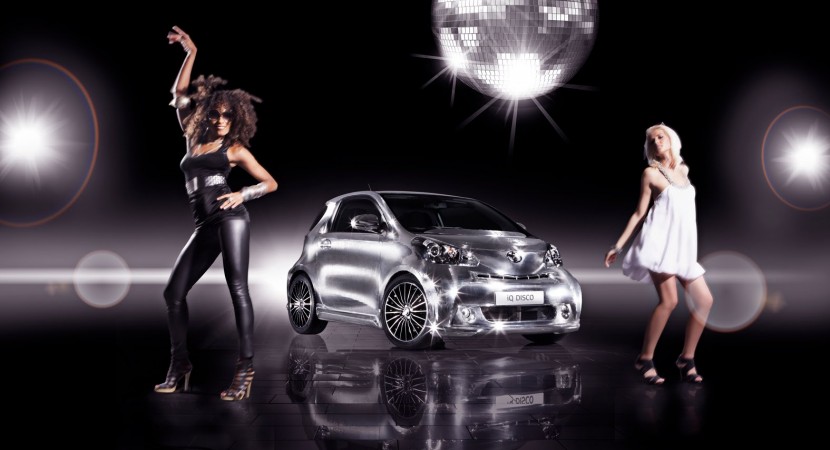 We all know the Germans can be kinky at times but I never would have imagined that they like their retinas burned when looking at a car. 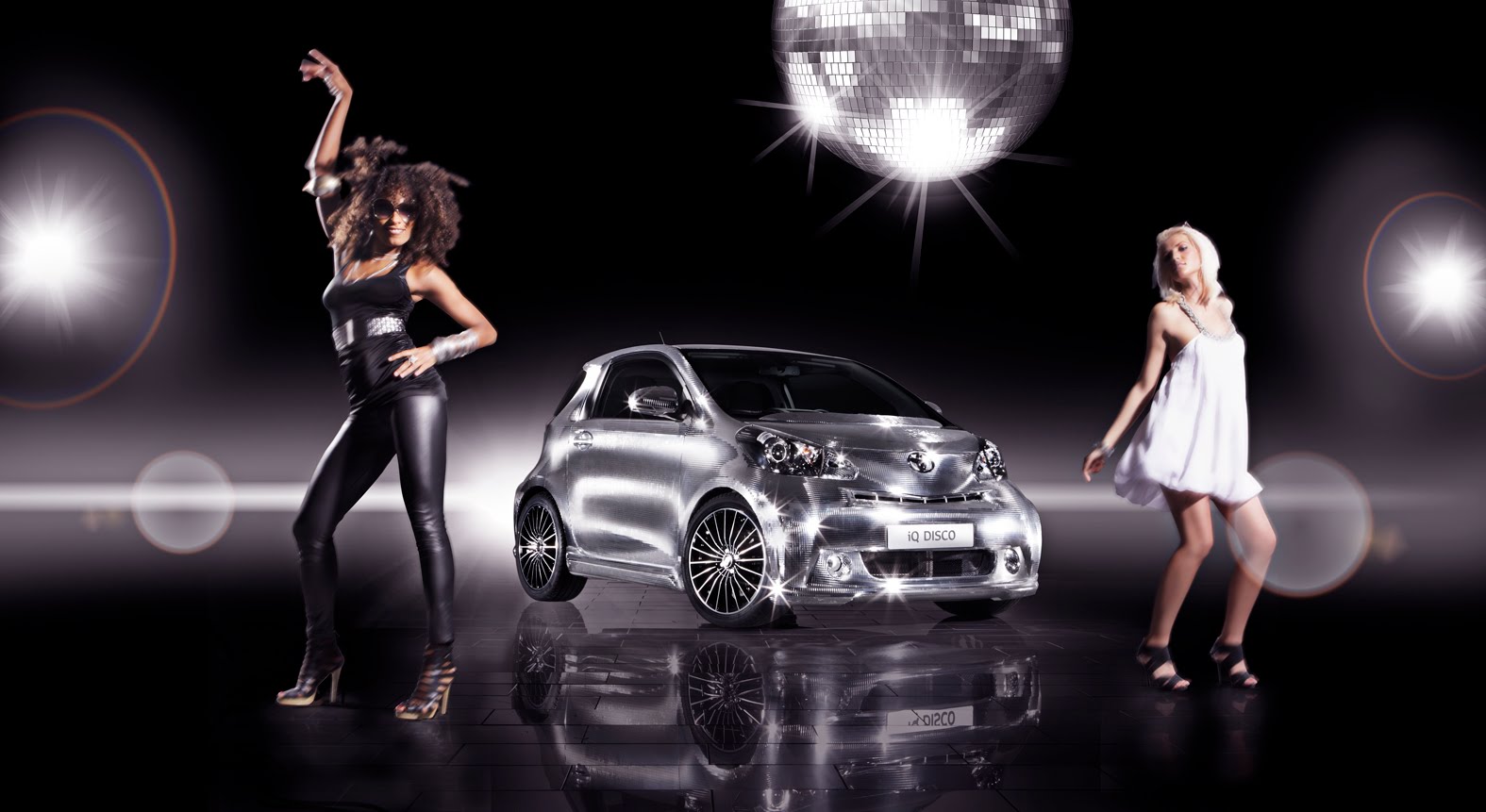 I’m sorry to be so blunt but I can’t imagine finding any other explanation for why the German division of Toyota would turn a normal iQ into an immense disco ball and than parade it around the country.

In actual fact, the Germans really did a number on the Japanese super mini as that Toyota iQ is now pretty much the Toyota low iQ. It might be harsh but it’s well deserved. Toyota created one of the most cleverly packaged vehicles with loads of innovations and when it came to picking a name they went to an appropriate one.

And then the Germans went around the other way and try to selling it stupidly using a new setup, a set of 18 inch alloy wheels, scissor doors and then went around to tens of clubs, took their disco balls and threw them in the paint mix.

I’m seriously not seeing the point of it but then again I’m not working in marketing.

And since they already gave the exterior of the car the disco treatment you should know they also gave the interior much of the same. The Toyota iQ Disco Concept serves up an entire professional DJ system that consists of 15-inch bass reflex subwoofer, a two-channel mixer and two Numark NDX 800 players. In case you’re not up to standards on music systems you should know that this setup develops up to 1000 watts and a peak sound pressure of 130 dB, both of which are more than easily able to deafen anybody who’d come really close to it. 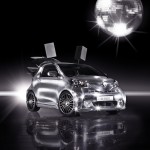 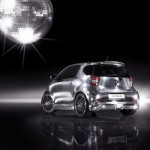 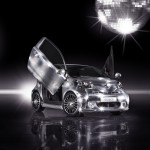 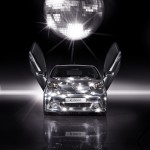 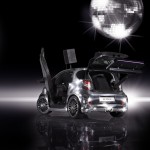 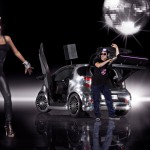