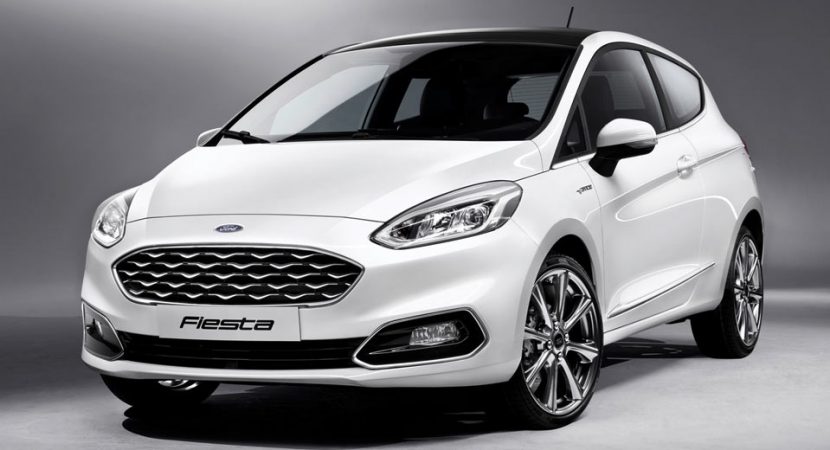 Even if the all-new 2017 Ford Fiesta is set to arrive on the market in a couple of month, a special edition is ready to join the model in the United Kingdom – the new 2017 Fiesta Vignale Edition, priced from £19,345.

Compared to the standard model, the Vignale Edition adds the fresh 17-inch alloy wheels with new body style tweaks, while the interior gets Black Ruby Leather, reversing camera and panoramic rood, heated seats and steering wheel and so on.

Technologically wise, the interior is also standing out from the crowd with interior colour themes – Bohai Bay Mint and Chrome Copper – as well as premium audio system with ten speakers, boot-mounted subwoofer, new 8.0-inch floating touchscreen, navigation system and so on.

Andy Barratt, Chairman and Managing Director of Ford UK, also speaks very highly of the new Fiesta and the Vignale Edition, stating in a recent interview:

“Ford’s 40-year reign of the UK car market began in 1976 when the Fiesta was first launched. Since then Fiesta has been firmly established as part of the fabric of Britain – and remained at the top of the sales charts for the last eight years. With so many new Fiesta faces coming this year, including B&O PLAY Editions for music lovers and the luxurious Vignale execution, it’s set to stay at number one”.

Besides the Vignale Edition, the new Fiesta in the UK can also be had with a cheaper version in the shape of the Zetec, now costing £14,215 and coming with standard features like 150inch alloy wheels, 6.5-inch touchscreen, smartphone connectivity and so on, while the Style variant, sets you back at £12,715.