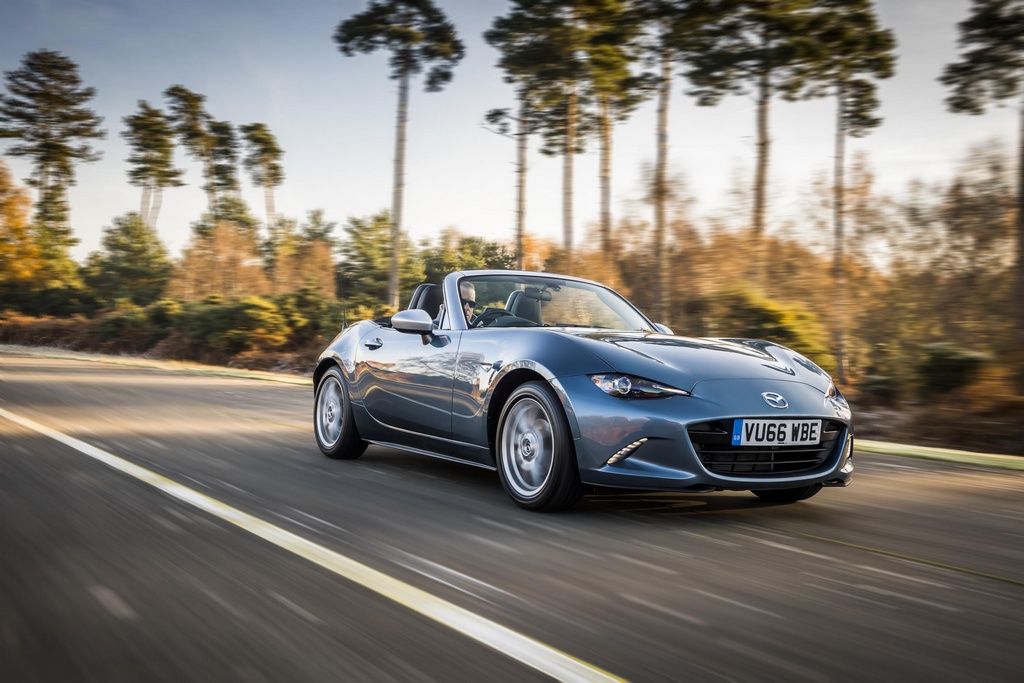 Ever since its official unveiling last year, the lovely and iconic Mzda MX-5 has been seen wearing one-off packages available at extra costs and coming with improved styling and mechanics that would differentiate them from the standard model.

Now, another special edition has been announced in the United Kingdom, and refers to the all-new 2017 Mazda MX-5 Arctic Special Edition, available from £20,995.

Jeremy Thompson, Managing Director of Mazda Motors in the UK, has also praised the car`s new launch and gorgeous design:

“We are delighted to offer another special version of the award-winning MX-5 convertible; we’ve had a long history of producing distinctive limited edition MX-5s that allow customers to drive a sports car with stand-out looks and enhanced standard equipment. The new MX-5 Arctic’s exclusive looks and great value mean it’s sure to be a popular choice when it arrives in dealerships early next year”.

As we can depict from the couple of photos in the media below, the model is standing out from the crowd with the automatic headlights or the 16-inch Silver alloy wheels, ading rain-sensing wipers or rear parking sensors.

In the engine department, the model uses the base 1.5-liter with 131 horsepower. The carmaker announced that only 400 vehicles will be produced. You can find out more about the car in the media gallery below.