VW`s main subsidiary from Czech Republic Skoda, has recently announced the introduction of the 2018 Kodiaq Scout in the United Kingdom, the model becoming available from £32,330.

First unveiled at the 2017 Geneva Motor Show back in March, the 2018 Skoda Kodiaq Scout has been announced for the UK market, the model coming with a seven-seat configuration, an exquisite aero kit which separates it from the standard Kodiaq and pretty impressive characteristics inside.

There are no less than three trim levels equipping the all-new 2018 Skoda Kodiaq Scout, with prices ranging from £32,330 to £36,330. The full prices specifications are listed in the media gallery below.

The special treatment also seen on other hot models within Volkswagen`s Group also refer to four-wheel drive, Hill Descent Assist, ‘rough road package’ with engine guard or underbody stone guard, as well as an ‘off-road mode’ which adds performance to the car`s engine and brakes.

In the engine department, the new 2017 Kodiaq Scout comes with two petrol burners, such as the 1.4-liter TSI with 148 horsepower and six-speed manual, as well as a higher 2.0-liter TSI with 177 horsepower, paired to a seven-speed DSG automatic.

On the diesel side, the Kodiaq Scout is also equipped with a 2.0-liter TDI engine, with 148 horsepower and 187 horsepower, respectively. Power is sent to the wheels via a six-speed manual and optional seven-speed DSG.

Volkswagen Group also equipped other models from Skoda with the Scout program, like the new Octavia, Roomster or Fabia, being the equivalent of the Alltrack or Audi`s Allroad treatments. Please find full details on the car`s price tags in the media gallery below! 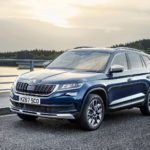 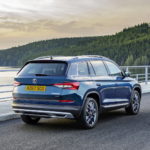 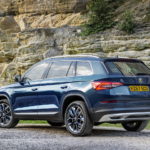