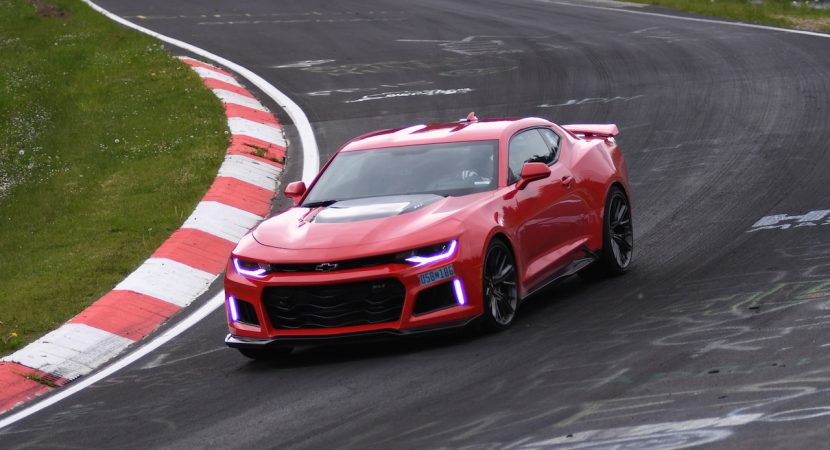 There is no doubt that the all-new 2017 Chevrolet Camaro ZL1 is one the most powerful road-legal muscle cars in the world, the model recently managing a lap record on the Ring, being 11.67 seconds faster than previous fifth generation ZL1.

The video below is showcasing the 2017 Camaro ZL1 lapping the whole Ring in just 7:29:60, the model being thus faster than a whole lot of European models, like the Lamborghini Gallardo LP570-4 Superleggera, Porsche 911 GT2 (997), Mercedes AMG GT S or McLaren 650S Spider.

Behind the wheel was no other than Camaro driver and engineer Drew Cattell, managing a new record lap time for the Camaro team.

Under the hood, the 2017 Camaro ZL1 uses a massive 6.2-liter supercharged V8 LT4 engine, the same one used on the C7 Corvette Z06, and producing a massive 485 kW and 881 Nm of torque. However, what makes the car move so fast is also the new ten-speed automatic transmission, which changes gears much faster than the Porsche`s well-known PDK transmission.

Also, the new ZL1 uses the latest mechanics like the FE4-spec magnetic ride control dampers which offers one of the most advanced driving capabilities, through magnetic fluid that changes 1000 times every second.

Concerning the performance of the car`s magnetic ride control dampers, Al Oppenheiser, chief engineer at Camaro, has also declared that “From the improved aerodynamics, mass reduction and 650-hp LT4 to the Magnetic Ride Control, electronic limited-slip differential and Custom Launch Control, the ZL1 was designed to take on the world’s most challenging track, making it right at home on any track, road or drag strip anywhere.”

The video below shows what the 2017 Chevrolet Camaro ZL1 can really do on the track, enjoy the ride and don`t forget to share your opinions with us!