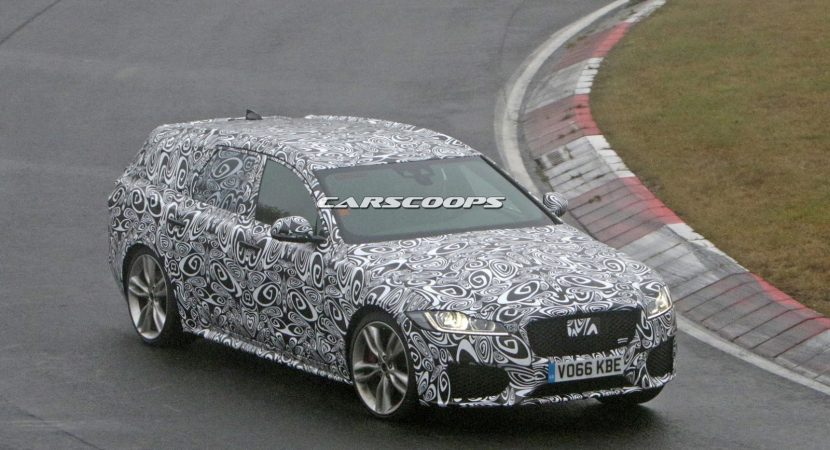 In order to face the harder and harder competition from the wagon segment, carmakers like Jaguar are currently working on high-end models which would deliver the best services in terms of daily basis needs.

Below, we are looking at the first spy photos with the upcoming Jaguar XF Sportbrake, set to debut on the United States market somewhere next year, and coming with advanced aerodynamics which also depict a wide choice of powerful engines under the hood.

The 2017 Jaguar XF Sportback is seen below in the S version and wearing full camouflage around the body while, undergoing test at the Ring, which indicates that the model is in early stages of development and testing.

It depicts a practical wagon body styling, being extremely wide in comparison to the regular XF, with focus on style as well and highlighted by the new design cues.

We should expect as well as an aggressive design, with the main highlights on the big air intake or red brakes, which also depict some mighty powertrains.

Speaking about powertrains, the future Jaguar XF wagon Sportbrake is set to come with the latest Ingenium engines, with a wide choice of four- and six-cylinder engines. This lad seen here might also arrive with a 3.0-liter supercharged V6 engine, developing around 3781 horsepower, which is quite impressive for a wagon.

The details are limited at this moment, but we should expect fresh news in the upcoming months. But we do know that, once arriving on the market in other versions as well (R or much more potent SVR) it will rival future models like the Mercedes-AMH E63 Estate or Audi RS6 Avant. 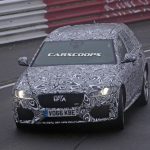 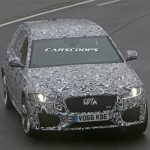 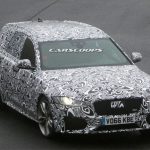 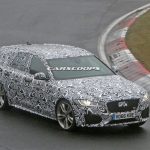 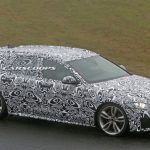 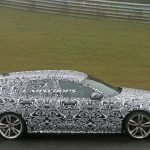 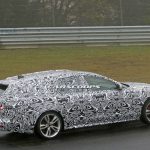 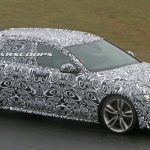