Home
Lamborghini
Video: Centenario Roadster Is the Absolute Lambo You Have Ever Seen 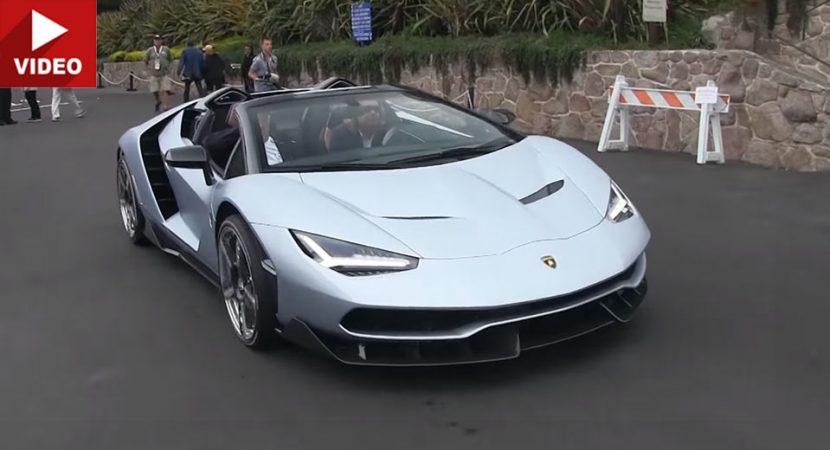 The Italian engineers and craftsmen have managed to built from scratches one of the most insane, outrageous and exclusive models in the world, the one-and-only Lamborghini Centenario, which pays tribute to 100 years of existence on the market.

Officially unveiled at the 2016 Geneva Motor Show, back in March, the Centenario is one of the most impressive Lambos of the carmaker`s “one-off limited editions”, coming with an astonishing design and sheer performance under the hood.

And now, the successor of Aventador and Veneno can be observed in the Roadster version, and buy the way it looks, all-adorned with the exquisite design, it surely deserves the $2.2 million price tag. And let`s not forget that only 20 units are available worldwide.

The raw beauty of this beast can be observed in the two videos below, the model being highlighted by the exquisite design with sharp and aggressive lines, all designated to increase the airflow to the engine. All these are complemented by the sensational Argento Centenario body color.

And to remain exclusive at every level, the Lamborghini Centenario Roadster is also impressive under the hood. Just like the coupe sibling, this lad here is packing the same 6.5-liter V12 engine, delivering a staggering 759 horsepower, making it the most powerful Lambo ever built.

Now we can all lie down and enjoy the impressive videos with the Lamborghini Centenario Roadster revealing its unique design features and exclusive personality. Don’t forget to share your opinions with us in the comment section below!