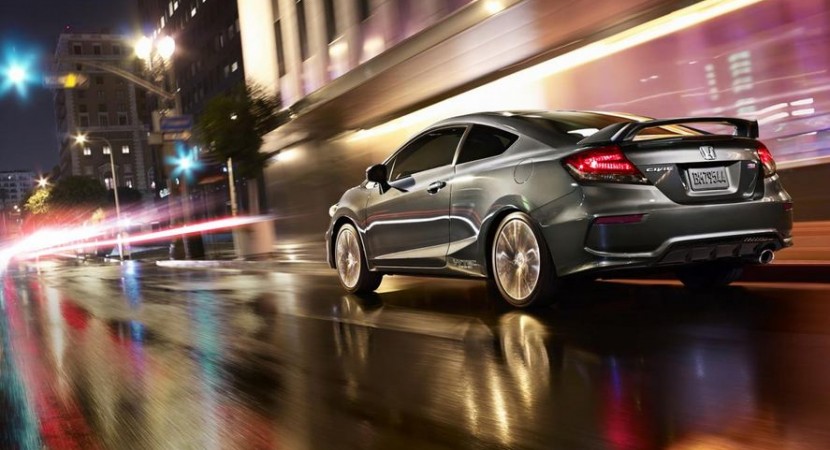 The Japanese at Honda released official details on the Civic Si Coupe debut. They plan to bring the model at the 2014 SEMA Motor Show, an event which opens its gates in November at Las Vegas.

At the exterior, you should expect revised front and rear bumpers, a new rear diffuser, revised optical blocks and new alloy wheels. Sadly, the company released a single photo for the new Honda Civic Si Coupe, so we can’t make a complete idea on the looks. Under the hood, the 2.4-liter i-VTEC engine producing 201 horsepower and 230Nm of torque will receive a power boost.

Exact figures were not released yet but Honda claims that there are some tweaks available in this department.

“The 2014 Civic Coupe will honor that proud tradition by making its debut among its most ardent fans, displaying multiple variations at the 2013 SEMA Show,” adds the company.