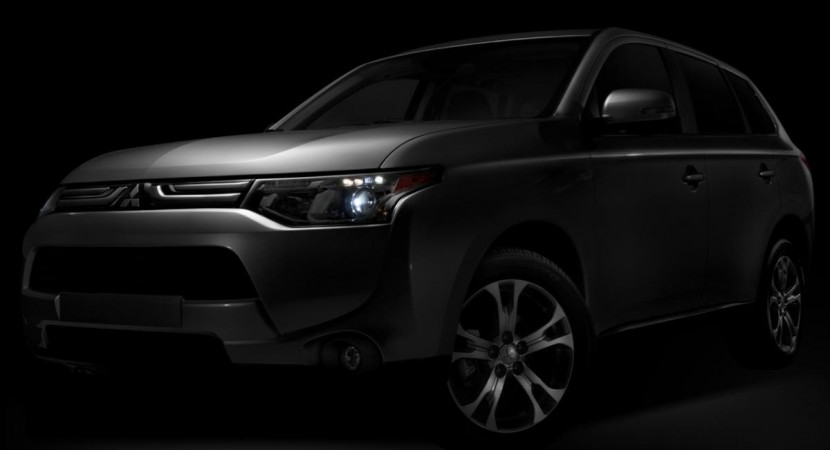 The Japanese people from Mitsubishi are preparing the debut of the 2014 Outlander, an SUV which will be seen for the first time at the upcoming Los Angeles Auto Show.

While the details and photos are limited, we do know that the upcoming Outlander will benefits from several safety features such as the Adaptive Cruise Control, Forward Collision Mitigation, Land Departure Warning and much more. Mitsubishi also says that new Outlander will be among the most fuel-efficient seven-seater models available on the market.

“The sharply-styled all-new 2014 Outlander elevates the level of efficiency, safety, comfort and convenience in the value-oriented compact SUV segment,” says the company.

The Japanese car maker also says that they will bring a new Outlander Sport Limited Edition at the Los Angeles Show. Styling features for this special model include new bumpers, alloy wheels and side mirrors.