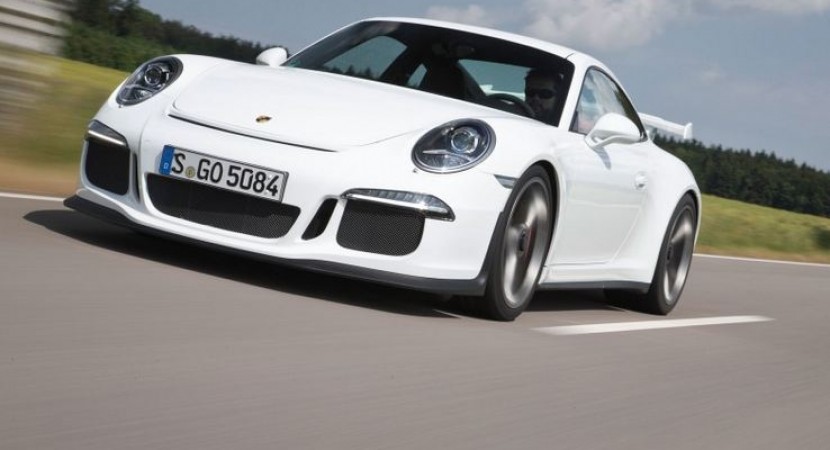 It has definitely been a quiet period for Porsche, yet it seems that the car maker has been intensively working on its 911 GT3 RS unit, expected to be launched next year.

The latest information regarding Porsche 911 GT3 RS came from Automobile Magazine, a publication that brought to light a new report with hints on how the unit might look like and what type of motoring it would include. Apparently, Porsche has set up a 4.0 liters engine with six cylinders in line, even though it might as well opt for an enhanced configuration of the previous 3.8 liters unit of GT3. While the transmission should be PDK, the overall power supplied by the engine is expected to start from 475 HP, no matter what. Given the amount of carbon fiber that Porsche will use for the new 911 GT3 RS, it appears that they are looking to make it more sporty, aerodynamic and light, while the suspensions will be stiffened. According to the same source, Porsche 911 GT3 RS will enter showrooms in the first half of 2014 and will officially debut as a model beginning with 2015.