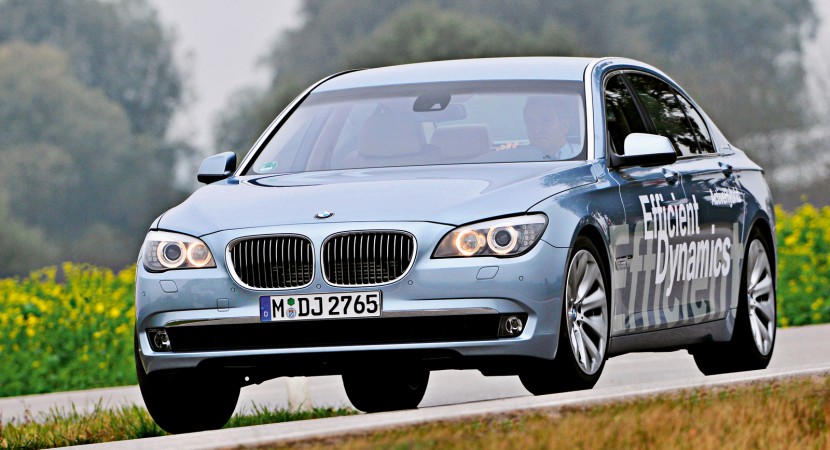 We have here a very impressive electric car wearing the BMW signature and officially this is the first BMW which was built with Mercedes-Benz parts. This mysterious car is called BMW Active Hybrid7 and will be available next year in spring. That thing with the Mercedes-Benz parts wasn’t a joke, the Li-ion battery which by the way it weights 27 kg has mark on it the “Mercedes-Benz” name.

They say that will use the same technology for BMW but they have another vision and the cars cannot be compared between them. BMW holds the title for the fastest hybrid in the world, I’m talking about the X6 ActiveHybrid, equipped with the same V8 engine on bi-turbo petrol and two electric engines, the whole thing developing no less than 480 horsepower.

At BMW X6 ActiveHybrid you go from the start using just one electric engine, from 0 km/h to 60 km/h you run electric as much as the batteries can take, when you exceed 60 the other electric engine power on the combustion engine. Those two electric engines are placed one behind the other.