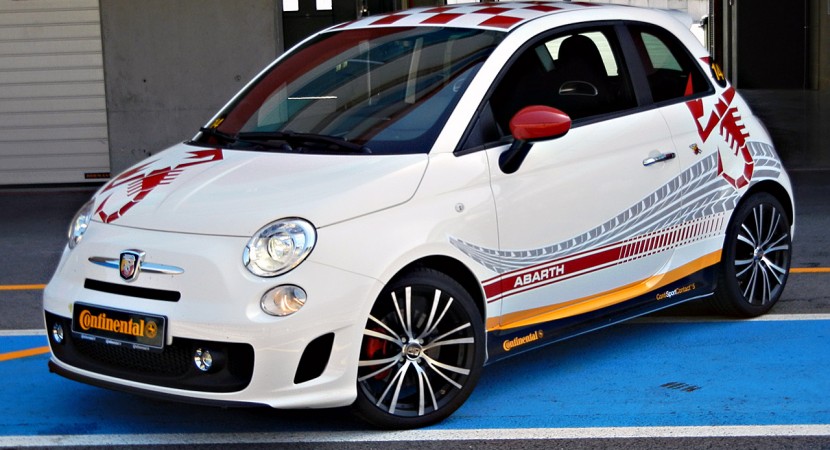 Fiat’s 500 long ago took over American fashion-conscious cities such as New York and the likes and has even went on to penetrate the rest of the U.S. market.

The Italian company’s hotter version of the 500, something the Europeans have enjoyed for years was still reluctant to appear over there. Now, thanks to a twitter message from Fiat’s U.S. handler we’re told that its finally coming. An official market debut is scheduled to take place at the 2011 Los Angeles Auto Show.

The 2011 Los Angels Auto Show is scheduled for November so there’s still a bit of a wait and all odds would point towards a short period of waiting after that up until the dealers actually get it and deliver it.

As you can see chances for having the actual 2012 Fiat 500 Abarth on your driveway by the end of the year seem to be getting pretty slim. When it does actually become available the 2012 (or 2013?) Fiat 500 Abarth will not be identical to the version Europeans have had on their hands for years.

The engine is still a 1.4 liter turbocharged MultiAir four cylinder but the one in the U.S. market isn’t made by Fiat. It’s actually a Chrysler powerplant which is said to develop some 175 horsepower or so.

Bearing in mind that the hottest EsseEsse version developed 170 in Europe, you can’t say the American version of the Fiat 500 Abarth is lacking in any way shape or form. A predicted starting price for the Italian hatchback should come in the U.S. at $20.000 and we don’t expect any of the interior fittings or optional extras to change or disappear in the process of crossing the Atlantic.

Bear in mind that this is nothing more than speculation as to how the hottest and most kitted up version of the Fiat 500 you can buy in the United States comes in at around 19.500 but the Mini, something the Fiat 500 has always been compared to is around 5.000 more expensive to start with.

In all honesty, there’s very little to say about the Fiat 500 Abarth any more and there’s a whole lot less to say about its U.S. counterpart. What really got me somewhat fascinated by this debut news was the fact that the announcement came through Social Media first.