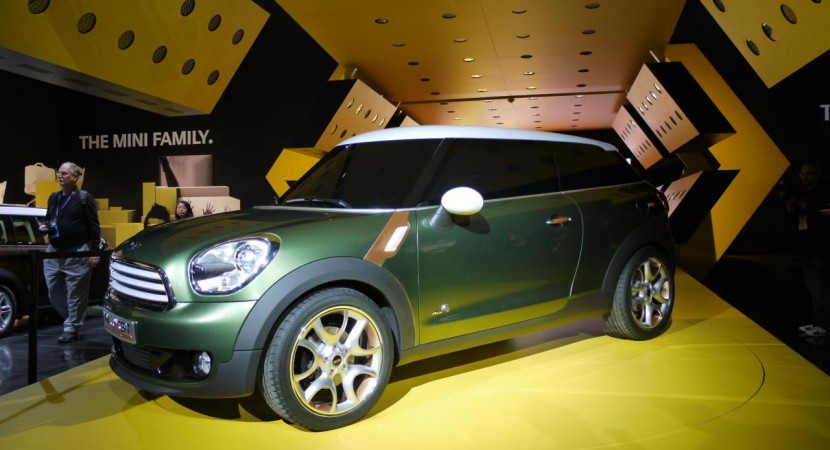 Mini, the British company revived under BMW’s umbrella, seems to have taken quite a liking of itself and its achievements over the last few years. In truth and fairness, Mini are doing well, in fact you could say they’re doing more than well, but wait till you hear the sort of remarks they’ve been making recently.

Upon launching the Mini Paceman Concept, the one which was recently approved for production in Detroit, the company’s U.S marketing manager, Tom Salkowski had some interesting information to share.

With a recent scare in economy barely gone and with a new one in petrol costs, the small car market exploded. Naturally, one of its most cheeky representative, Mini, prospered along for the ride. With a variety of models being launched, the product lineup expanded considerably. With the introduction of the Paceman in Detroit, and soon to the market, that process will continue. This is all pretty standard stuff, it’s important to know that Mini has kept its brand identity. Even though it now has an estate model and a 4×4-ish crossover, those products are still the smallest in their class. That’s the whole idea behind Mini.

So mini are doing well, but Tom Salkowski had quite a few things to say about the competition. He said he is aware of it, and that the brands that trouble Mini’s market share are VW, Mazda and Scion. That is relatively odd as there is no mention of Fiat with their 500. Naturally, the media put the Mini man to the wall about it. The reply came rather effortlessly. According to Mini’s U.S. marketing manager, the Fiat 500 is nice, but it’s not in the same league as Mini as his company is premium brand. Since i know many people who would rather have a Fiat 500 to a Mini my guess is that this sort of statement will stick with us and have quite a few variations.