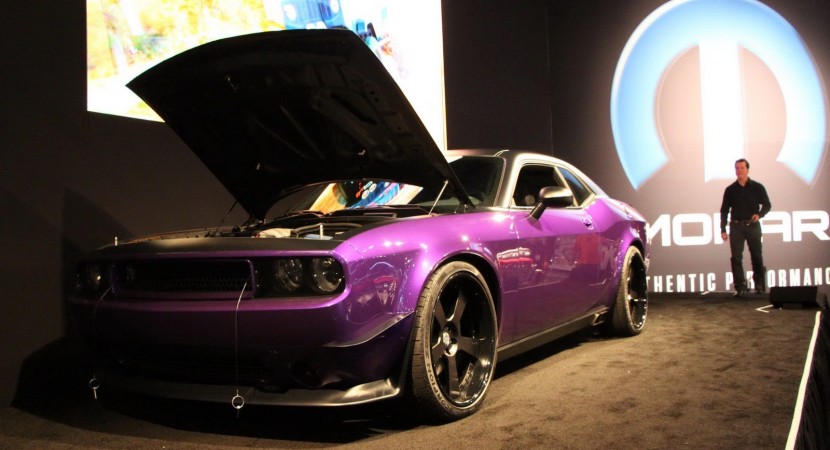 Celebrities do attend SEMA, but rarely are they sober and genuinely interested in cars rather than simply stumble into another hall in Vegas.

Jeff Dunham, the guy who made dead terrorists famous around the globe, did attend this year’s show and boy did he and Dodge have a toy to showoff. This custom Purple Dodge Challenger SRT8 is one of those muscle cars that look imposing enough for this special show. It also has a special treat in store.

It does look stunning and it could probably sell well if Mattel made a miniature copy of the entire thig. What is special here is under the bonnet.

That’s where you’ll find the new Mopar 426 crate engine. This one is capable of developing a total of 515 horsepower and 490 lb-ft of torque. Nothing bad could ever come from a car with such an output. I reckon that some tax issues may occur when it comes to having a 7 liter powerplant and I feel sorry for people affected by it.

Getting back to everything else around the engine, Jeff’s new car was produced under something called Project UltraViolet.

The combination name is supposed to have something to do with the two-tone paint job. Sounds a little incredible, since it’s painted Violet and Black, not Violet and… Ultra. Fans of fabrication should probably know that the body kit fitted to the SRT8 Challenger was completely hand built. Similar manufacturing is used for the interior.

In one of those rare cases, the showcar side of this Dodge really welcomes passengers inside it.