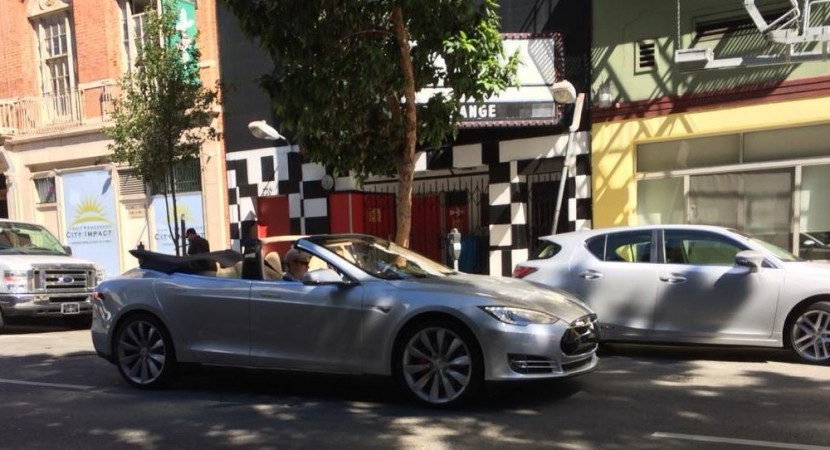 The Tesla Model S Convertible has been rumored numerously times, without knowing for sure if the model would come out, but recent images on the public road, confirm the go ahead of the model on the market.

We are talking about some pictures taken in Netherlands, with the Tesla Model S Convertible pulling over at a stop.

We do not doubt the credibility of these pictures, as they are as real as they can and represent the Tesla`s Model S second body style. Some rumors also state that this convertible seen here, might be the work of art of the Newport Convertible Engineering division, and if this is confirmed, the Model S Convertible will be first built in 100 vehicles heading their way to China.

Surely, the Tesla North American based automaker has not confirmed the rumors yet, but we should expect some confirmations in the upcoming period.

To be a reminder, the Tesla Model S is the company`s high-end full-sized five-door electric luxury unit, first introduced in 2012.

Under the hood, the Tesla Model S is coming with a rear motor and rear-wheel drive layout, packing 416 horsepower and 600 Nm of torque, also capable of coming with a 310-mile range.