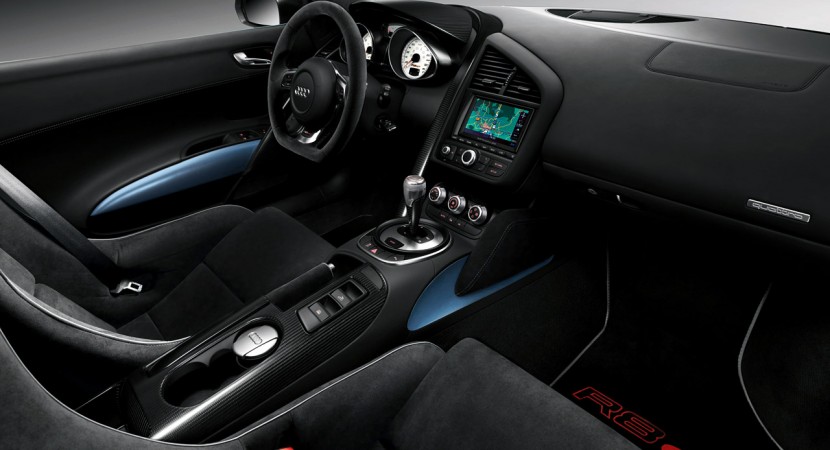 As you probably know, last week, the Germans from Audi officially unveiled the new R8 GT Spyder after a pretty long series of spy shots, rumors and assumptions. We covered all the main details of the new German supercar shortly after its reveal but today we are going to get deeper in the details. 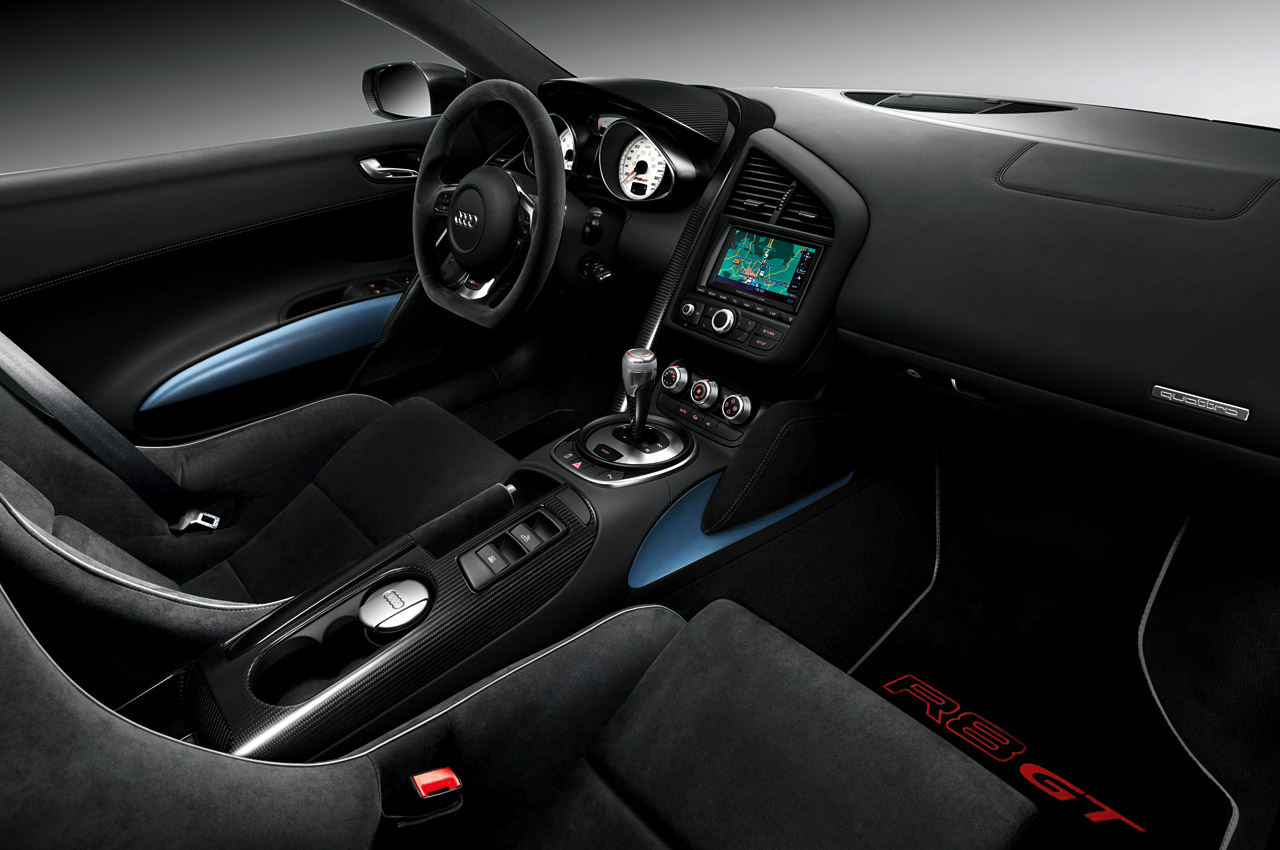 Just like the other models in the range bearing the R8 badge, the new Audi R8 GT Spyder is set to be offered in a limited version, only 333 units being scheduled to leave the factory’s gates. With decisions of this kind Audi gives the model an uniqueness feel making it more attractive for the young customers.

In order to prove that the model is rare, Audi fits special badging at the interior showing the identification number of the supercar. Comparing to the Coupe version of the same model, Audi managed to decrease the total weight by 85 kilograms by using the Audi Space Frame for the body which now weigh 214 kilograms. Under the bonnet, the Ingolstadt-based manufacturer fitted 5.2-liter FSI V10 unit able to deliver 560 horsepower and 540 Nm of torque, great performance being achieved also due to the total mass of just 1,640 kilograms. 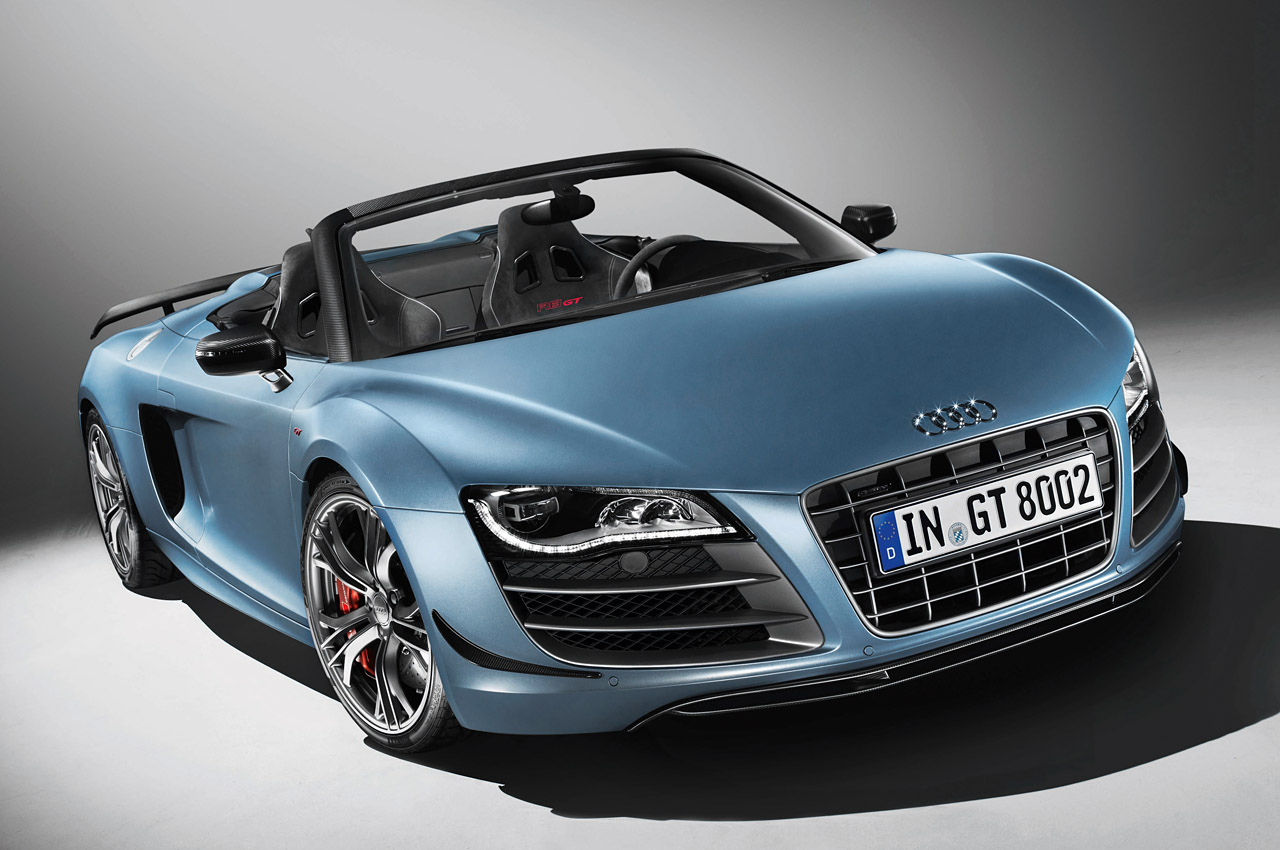 To be more precise, the power-to-weight ratio is just 2,93 kg/hp while the R8 GT Spyder achieves the acceleration from 0 to 100 km/h in only 3,8 seconds when coupled to a six-speed R tronic transmission. If there is any necessity to say, the new R8 GT Spyder is able to reach a top speed of 317 km/h (196,97 mph). 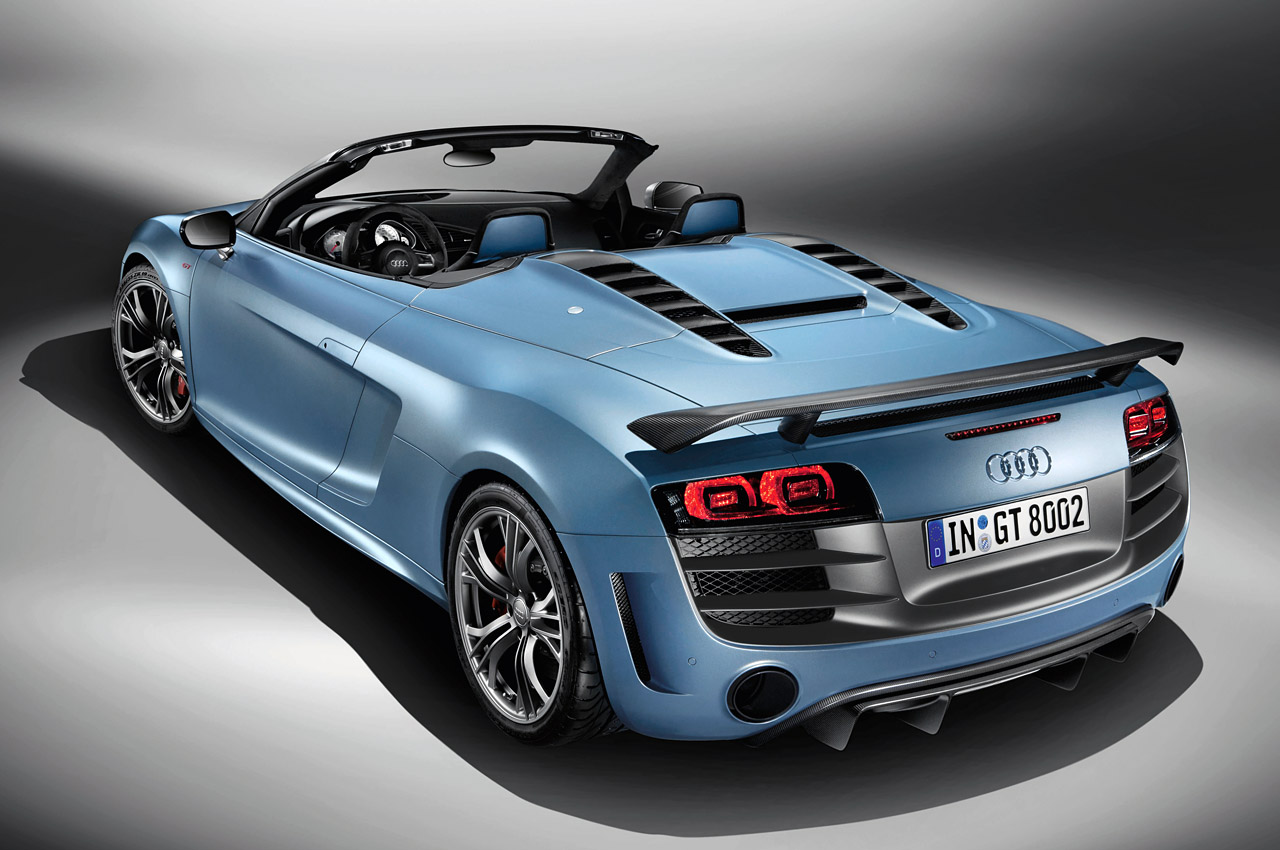 Among the material used for the frame, the Germans also used ultra-light magnesium for the engine frame while carbon fiber-reinforced polymer (CFRP) is the main material used for the revised front spoiler, rear spoiler and bumper. At the exterior, the aggressive design is emphasized by a front splitter, LED daytime running lights, a ground clearance lowered by 10mm but also the 19-inch alloy wheels with 235/35 (front), 295/30 (rear) tires alongside the contrasting red brake calipers.

The soft-top which fits the German supercar can be used at speeds up to 50 km/h and does its job in 19 seconds. In order to keep the model safe, the Germans fitted the new R8 GT Spyder with high performance lightweight carbon-fiber ceramic discs providing top quality results. The model starts at 207,800 in Germany while more availability details, such as the U.S. debut are on their way.