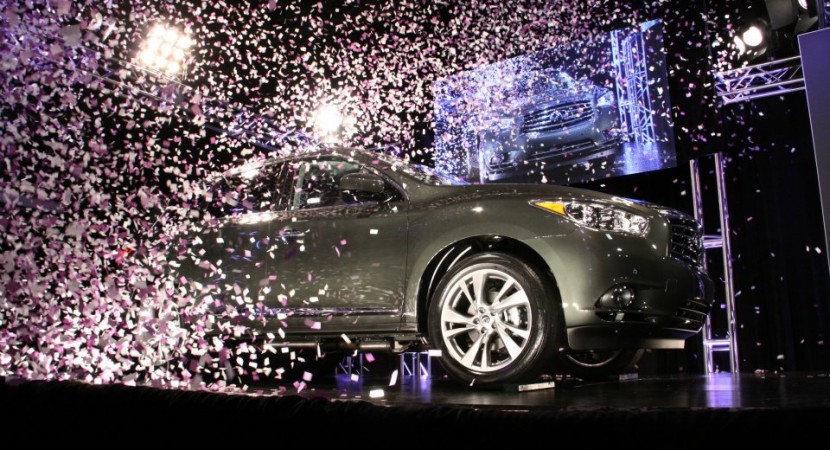 Nissan’s luxury division have just announced the latest stage in the life of their 2013 Infiniti JX crossover; it actually entered production.

Unveiled as a concept late last year, the 2013 Infiniti JX is a seven seat crossover, the first of its kind in the company’s history. 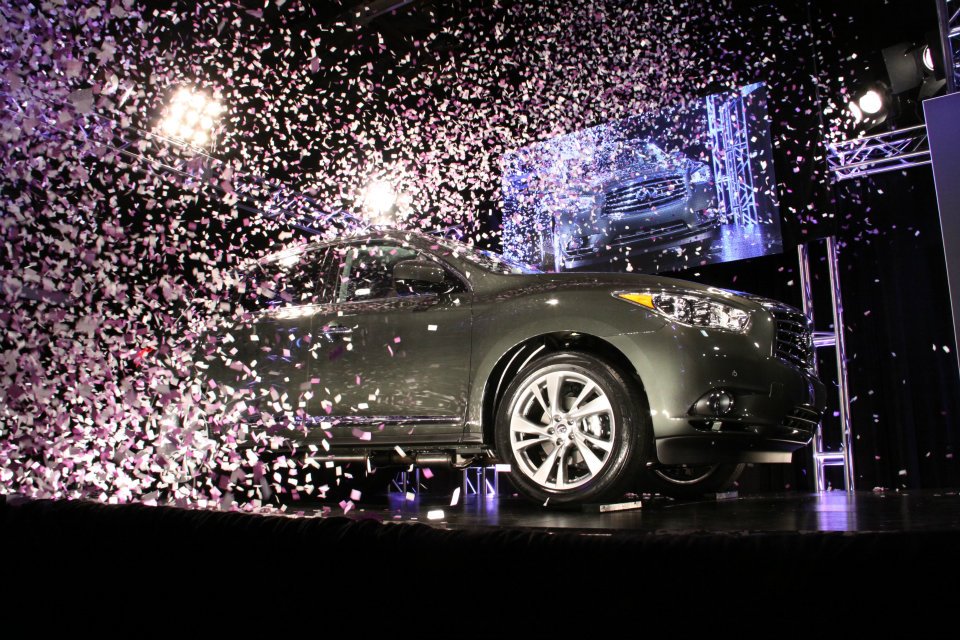 Production is taking place at the Smyrna Vehicle Assembly Plant in Tennessee and the rolling off the assembly line of the first unit saw quite the fanfare.

Every time a car maker sends a new model into production it’s a bit of a special occasion but the JX is going to be a special model for Infiniti. The luxury seven seat crossover is what the company hopes will re-establish them on the U.S. market.

The Infiniti JX really wants to push the luxury ideas that can happen on a crossover and also promises to be more reliable than other U.S. built products of the brand. 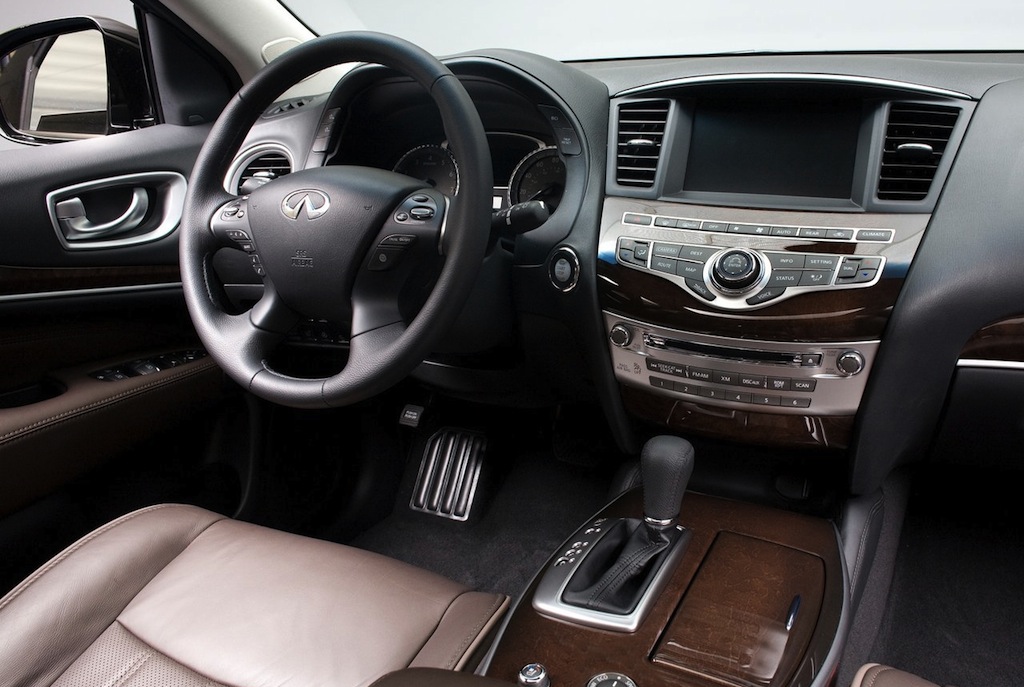 The latter comes via Decherd Susan Brennan, Vice President of Manufacturing at the Smyrna facility.

Under the bonnet of the 2013 Infiniti JX lies a 3.5 liter DOHC V6 engine with an output of 265 horsepower. For the moment, it’s the only option you can have and the transmission is only a CVT.

What you can opt for is front or all wheel drive and that tends to make the biggest difference in terms of pricing out there. 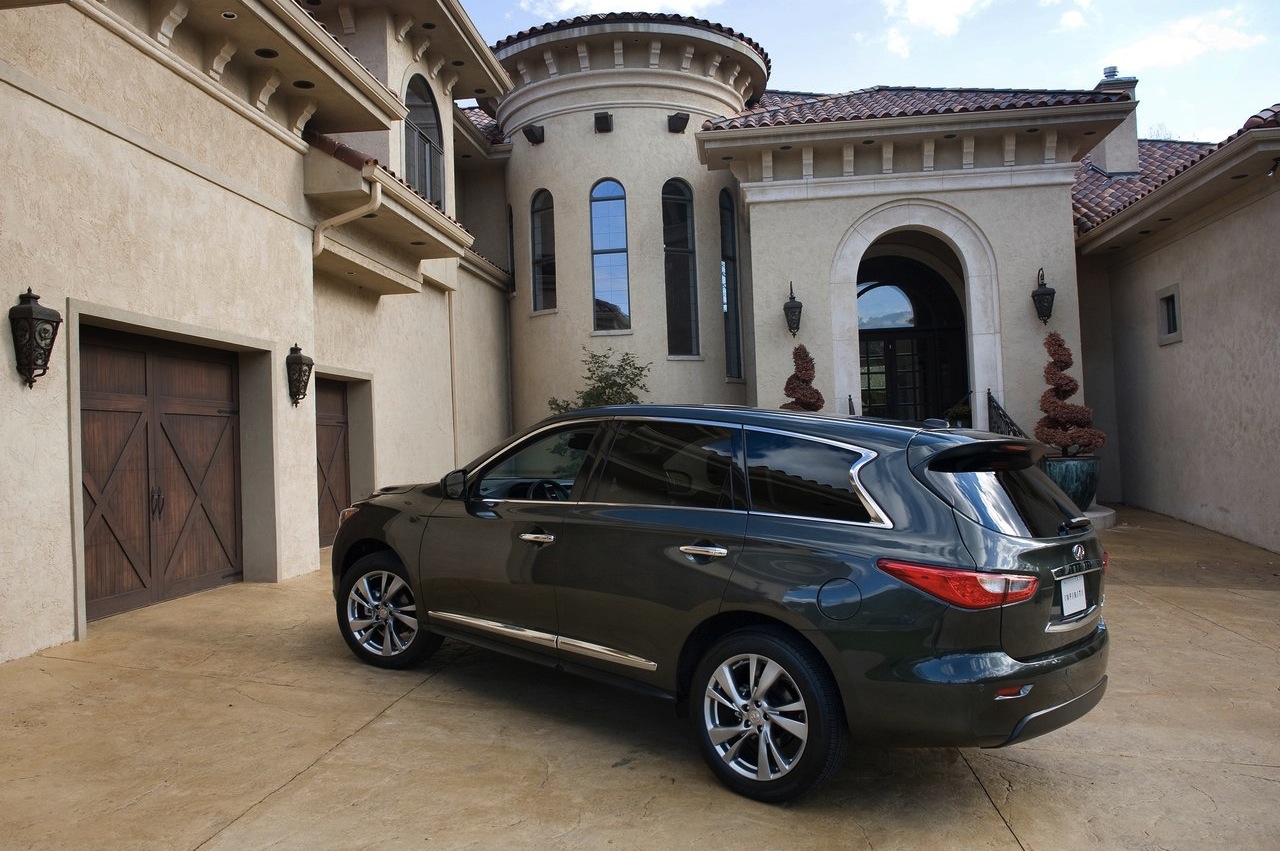