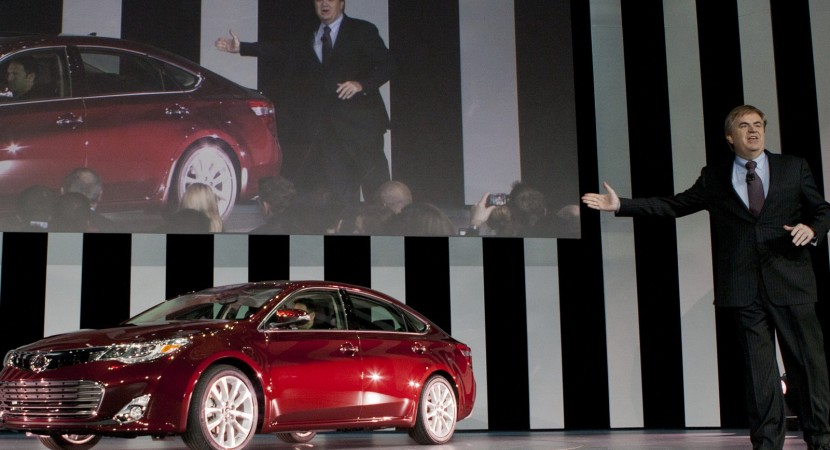 Toyota unveiled the new Avalon sedan at this year’s edition of the New York Auto Show. We talk about a model which is 4,960mm long, 1,835mm wide and rides a wheelbase of 2,820mm.

The 2013 Toyota Avalon was designed in Southern California while the Toyota Technical Center in Ann Arbor, Michigan, took care of the engineering. Unfortunately, the Japanese car maker offered no details in terms of engine range. “When it arrives to dealerships late this year, the new Avalon will offer improved dynamic performance, a greater degree of refinement, and a highly spacious, comfortable interior experience,” says Toyota. Toyota says that the new Avalon sedan will enter the market later this year, probably this fall. The model will be produced in the United States, at Toyota’s factory in Georgetown, Kentucky, to be more precise.