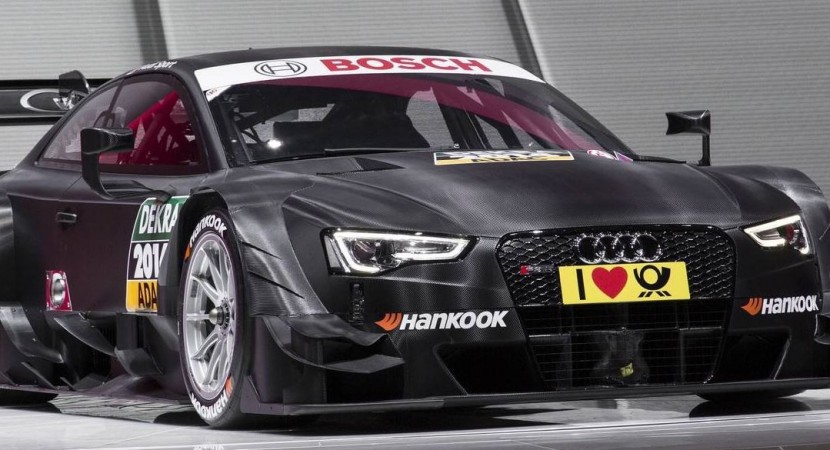 With the 2014 Geneva Motor Show approaching its ending, the folks from the Audi German base manufacturer have decided to put on a public display their monster RS5 DTM.

The Audi RS5 DTM is meant to face its top competitors in the Le Mans and the WEC events, like Porsche and Toyota, plus the long awaited BMW linuep cars and the Mercedes-Benz.

Ulrich Hackenberg, the Member Board of Management for Technical Development, stated that the RS5 DTM bares the development of new technologies.

The fresh Audi RS5 enhances the same honeycomb grille taken from the production model as well as some finest touches at the engine`s air ducts or restyled wing mirrors for a better airflow.

The supercar RS5 also comes into the battle with revised suspension system put on the both axles with other minor tweaks as well.

The team from the Audi states that the new RS5 DTM is more powerful and more technological enhanced than the version that the automaker has put on the tracks last year, coming with new important features.

So far, there are little details about the supercar. Hopefully, we will be able to tell you more in the upcoming period.